The Brick wall tattoo, a symbol of prison life and incarceration or something different? But let’s start from another point of view.

Tattooing the body or only some parts of the body is an age-old custom that was prolific all over the world. The art of tattooing was and is still used for style and fashion. In the last decade, it has been developed cult value. All members of one specific group are going to have the same tattoo as their group symbol.

Showing off one’s physical assets with a tattoo is not an idea that is considered new. For instance, wall tattoos are the most popular variety, as they represent strength, as well as invincibility. 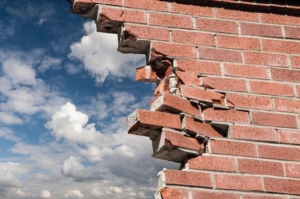 The wall tattoos from the modern society of today are interspersed with some other traditional designs for more significant effect and appearance. The colors, as well as the shades which are used, have also evolved over the last years. Technology also developed to such an extent that getting a tattoo is almost painless.

Wall tattoos can be plain, combined with some conventional designs or combined with dark humor as well. They are unisex, and they can be created on limbs and body with equal effect. Tattoos are near-permanent forms of enhancing one’s looks, as well as adding a touch of style.

One wall tattoo, which we will mention today, is the brick wall, which, even though not restricted to prison tattoo, is nevertheless a well-known motif at such places. Brick walls are usually a symbol of prison life, as well as incarceration, and they represent quite literally the function that prisons serve. As these tattoos go, the brick wall tattoo is a stylish and one of the favorite ones among tattoo lovers. Also, it is a very unusual one, and it could intimidate anyone who sees it, with it’s impenetrable, as well as an invincible look.

In an interesting twist, granite block walls also represent a time spent in the Old Folsom Prison of California. It is the second oldest prison in California, which is long-known for its harsh conditions in the decades following the Californian Golden Rush.

How Can Tattoos Be The Perfect Combination With Jewelry?

There are endless possibilities of designs and combinations