Emojis are the modern hieroglyphs, so it only makes sense to memorialize this exciting era of technological advancement and social media with emoji tattoos. Your text messages would be dry without emojis. The emojis that you use most often directly reflect your personality, which makes them perfect as tattoos. They’re small enough to squeeze anywhere on your skin, like: 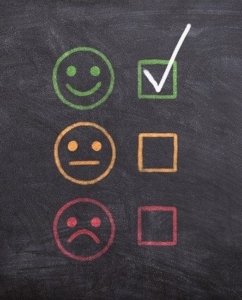 on your fingers, neck, behind your ears, etc. But they can also be enlarged for a better effect. For instance, a considerable emoji tattoo or a whole sleeve of emojis is a novelty that will put all eyes on you. Emojis are youthful, colorful, and fun.

As tattoos, they show people that you do not take life too seriously. You’re willing to embrace the temporary, to live in the moment. A person with the emoji tattoo is the life of the party, guaranteed. Now that there are hundreds of emojis to choose from, you’ll surely find at least one that appeals to you. The smooth, simple designs have become a universal language of their own. They convey relatable emotions that can’t be contained in words. Heart and anchor emoji tattoos are among the clever twist on traditional ink. Emoji tattoos will win laughs in any crowd. They quickly convey your attitude towards life in general. You can use multiple emojis to create puns or sentences without using a single word.

However, when we talk about emojis, we can all agree that the simple smiley face or just smiley is the most famous, or we can even say it represents a symbol of all the emojis. This emoji is also very popular in the world of tattoos. The smiley tattoo is quite a favorite with tattoo enthusiasts. The reason for that is the fact that it is tiny; it is dainty and stunning. For those of you who are beginners at getting a tattoo, starting with a smiley tattoo is the best start.

In this article, we will talk about the different smiley face tattoo designs that exist. Some of them have meanings, but some are just personification of happiness. Whatever the reason for getting this type of design, it is best to get a dainty tattoo and then proceed to get a bigger one. The typical or simple smiley tattoo came from the emoji that looks the same. This emoji is used to show the emotion of happiness, and this is universally accepted. So if you are getting a smiley face tattoo, it will mean that you are generally a happy person.

A smiley face tattoo on the toe, for example, is perfect to remind yourself that every day is a new day, and you should start it on a happy note. A very basic smiley face tattoo means you are in love with minimalism. Just get the lines tattooed, just like when you draw a smiley on a piece of paper.  There is one popular tattoo that is popular among rock lovers, and that is the Nirvana Smiley tattoo. This design of the smiley face tattoo is a beautiful piece of art, and unlike any tattoos you have ever seen. Unlike any other smiley tattoo, even though it does have the ingredients of a smiley tattoo, there is something different about this design.

The tattoo made its first appearance in Nirvana’s album ‘Nevermind’ in the year of 1991. Ever since the smiley face tattoo became even more popular as a design, theories began circulating about who came up with this iconic smiley. One of the approaches says that it was inspired by the logo of a strip club in Seattle, while the other theory talks about the fact that the smiley represents a drunk person or someone under the influence of drugs and hence the face. Besides what these theories have to say, everyone, we know who loves Nirvana, will get a tattoo honoring this band.

So there you go, all the smiley tattoo inspirations for you, but first always make an informed decision before getting a tattoo done and be sure you won’t regret it then.