Home
Blog
The Barcode Tattoo: Symbolism And Meanings In The Tattoo World

The barcode, which is a means of presenting product information that can be quickly scanned by an optical computer system, was firstly presented in 1952. It was not until the late seventies that the system started to take off. Nowadays, the barcode exists everywhere, speeding up shopping and all manner of commerce. Because of its ubiquity, it is not a surprise that the bar code has developed a form of symbolism in pop culture. It has become a fairly popular image to get as a tattoo.

When used in tattoo art, the barcode is a part of the symbolism which simultaneously emphasizes the need for individuality ( as so they say ???), as well as the human body as a commodity. The application of barcode on the skin is ironic, where it presumably cannot be used for scanning purposes, even though real information can be encoded in the tattoo, and it pokes fun at the way we see ourselves and our bodies. 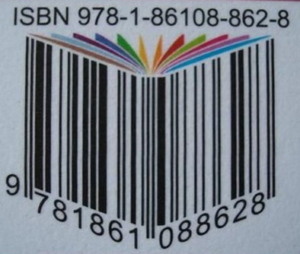 Some people also believe that this is a symbol of the individuality of a person, expressed by the unique set of numbers or letters under the barcode image. They see it as a statement against a culture of commodities and a celebration of diversity and the uniqueness of the individual.

However, the barcode tattoo is most typically worn by people with a great distrust in the government, such as punks, as well as anarchists. When used in tattoo art, the barcode is meant to be ironical, which is a warning that if we are not careful as a culture, we will all be in danger of becoming products ourselves.

As we already mentioned, the barcode is a symbol of protest against a culture in which it seems that everyone wears the same clothes, listens to the same music, as well as uses the same products, which is highly questionable because this symbol is everywhere and on everything. Furthermore, the tattoo by itself in the last 10-15 years is a fashion statement and not a form of rebellion ( with some examples excluded ).   The barcode can also be used as a symbol of acceptance of the fact that people are manufactured.

All the things that you’ve read about above are thoughts, explanations, and viewings on the “Barcode tattoo” by the people I’ve talked about the subject and the articles I’ve read thru the years of tattooing. Some of the statements I prefer, but some of them are not just my frequency. I thought that its ok to read them “all” and then to decide which way you prefer your barcode tattoo to be defined.

The technical aspect of this tattoo (which I’m totally against) is a completely different subject. We are going to discuss that matter in the near future.

Choose your art wisely and think before you ink.