Home
Blog
The Trend Of People Getting Depression Tattoos Grows On A Daily Basis.

There is something therapeutic when it comes to getting a tattoo. All the sounds you hear in the shop, also the smell of a freshly cleaned station, focusing on the stinging vibration on your skin and a lot more, are some of the interesting things. Tattoos are supposed to hurt, but when dealing with different types of pain, tattooing can feel more like a massage. A lot of people turn to the tattoo needle when they are in a depression so they would feel normal once again, and it helps them too. Tattooing is a different type of therapy, and it works for some people. 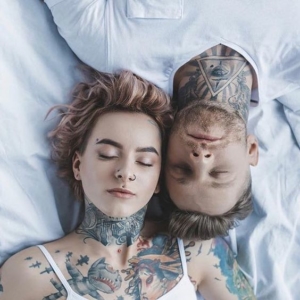 Depression often makes us feel numb, as well as disconnected from things, even in our bodies. Perhaps this is what draws so many to the tattoo shop at the time of their lowest times. The tattoo shop can be said to be a different type of office of a therapist.

There are several distinctive smells in one tattoo shop. It usually smells sanitized, but not like the office of a doctor. The whir of the tattoo machine permits you to shut your mind off as you settle on the chair or the bed. After you were feeling numb for some period, the stinging vibration on your skin is welcome, and it may sometimes feel like a massage too.

To get something permanently etched on your skin may make you feel more in control of yourself, particularly at times when you feel unsure and messy. There are people that get some words tattooed on their skin to remind them of their powers. Others get images that tell them of what they need to overcome. And others are going to get tributes to things or also people that bring happiness and joy in their lives.

A lot of tattooed people are more private about the ink they have on their body but are also going to open up to some about the meaning. They would love to share their feelings with others in order to feel less isolated.

There are also some pieces which are directly connected to the relationship of a person with their anxiety, depression, as well as grief. This started with the semicolon, which is a movement that began in 2013. Project Semicolon has been created to raise mental health awareness.

The creators of this movement describe it as a movement that is dedicated to presenting hope, as well as love to the people that struggle with depression, addiction, suicide, and self-injury. It also exists to encourage and motivate, as well as inspire and love.

The semicolon is chosen as it is used when an author could have decided to end their sentence, but they decided not to end it. That author is you, and that sentence is your life. The semicolon tattoo was a hit, and it can be found on different social media platforms. Even Selena Gomez, the famous singer, and actor has it.

One 38-year old teacher, named Gavin Brown, got one to remind him of his suicide attempt when he was 15-years old. One teacher told him that as he was molested when he was a child, he would continue the cycle, and he will become a rapist himself. Gavin was terrified by this, so he decided to end it all.

For him, his tattoo is now a reminder to keep going, even when his depression gets to him. For a long time, Gavin suffered from mental disorder even before he had a name for it. Now, he is aware that he has the ability to overcome everything.

Soon after that, a lot of people started taking some other different approaches to depression tattoos. Some of them began getting chemical maps of dopamine and serotonin – the chemicals in our brain, which are related to anxiety and depression directly. From there on, people started personalizing it, and also choosing designs that speak to what they are going through in life.

According to psychologists, depression will be easier to cope with when it is well-acknowledged. Depression is like a battle scar on people’s ways. So, depression tattoos may help people to acknowledge that they have survived some change and are thriving. In some way, depression tattoos may allow them to move forward, recognizing their past, as well as accepting it, and also integrating it with themselves. Fortunately, they will see themselves as a strong person. Remembering their inner strength, particularly after a hard depression time, can be quite difficult for them, but the tattoo will be their visual reminder.

Every person is able to handle his or her mental health differently. One important thing is breaking down the stigmas, as well as connecting with others. Your tattoo is a symbol of you taking charge of life once again. There are definitely going to be times when you slip and fail, but you also have something to remind you that you had some even harder times before, and you came back from them stronger than anyone.