Home
Blog
What Does A Centipede Tattoo Mean In Different Cultures And Traditions?

Just like caterpillars and beetles, the centipede enjoys a usage in tattoo art too, which celebrates the vibrant colors and meandering shapes.

Centipedes are elongated arthropods which have one pair of legs per body segment, and despite what the name itself implies, not all centipedes have 100 legs. They can have anywhere between 30-354 legs, which depends on the size, as well as on the type of the estimated 8000 species of centipede it is.

Centipedes live in the dirt, and they venture where few others go, digging through some hidden places which only a few other creatures can see. They are secretive, working away with nobody the wiser. 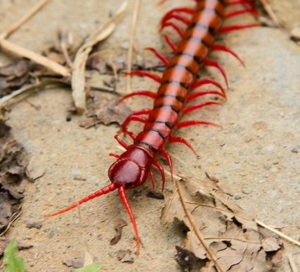 A carnivore and predator of some other insects, as well as bugs, the centipede has a symbolic meaning which goes far beyond its simple existence. For example, in some native North American cultures and traditions, he could travel between the Underworld, where we originally come from, and the physical works where we live, and were thus potent sources of power. Some other similar tribal cultures, such as the Puebloan Southwest, the Hopi, the Zuni, as well as the Mimbres, likewise saw the centipede as a symbol that has the capacity to cross from the world of the living into the world of the dead and considered it taboo.

For another tradition, for example, in the northern part of the Philippines, the meaning of a centipede tattoo, which is called gayaman, is usually given as safety for travelers. In the Batok tattooing tradition of Southeast Asia, he was a symbol of protection, as well as spiritual guidance. It is also identified as the fiercest warrior of a given tribe.

The image of a balloon symbolizes a lot