Different tattoos have different meanings for different cultures and traditions. People consider tattoos as a reflection of one’s personality. Also, they consider them the symbol of a major life event, and expression of self. If there is one good thing about having a tattoo done in the likeness of a famous work of art, it is that no one can ever make fun of it. It will not be your design or even the design of your tattoo artists, but that of a world-renowned artist that scholars celebrate every day. Great works of art are timeless. They transcend the artists that created them. For example, think about masterpiece 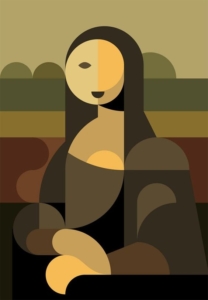 paintings such as Mona Lisa, created by Da Vinci, or Starry Night, created by Van Gogh. They are permanently embedded in our memories. The beauty of these works of art and their cultural importance inspires us on a daily basis. Also, they inspire us in ways that we might not even expect.

As the popularity of tattoos increases every day, people use their skin to honor the history of art. From classical busts to bold cartoons, these tattoo types become more and more famous. When we hear the phrase “famous works of art,” there are several sculptures and paintings that immediately come to mind. We already mentioned Mona Lisa and Starry Night, and the Creation of Adam by Michelangelo also belongs here. Also, the golden portraits of Klimt are among these artworks which get the majority of attention when talking about tattoos.

As for tattoos that well-known artworks inspire, there is not as diverse of selection as we would assume. However, that doesn’t mean that they are not out there. In this article, we are going to talk about Da Vinci’s Mona Lisa and its use in tattoos.

This portrait painting holds the Guinness World Record for the highest known insurance valuation in history. The estimate amounted to US$100 million in 1962. Many people believe that the painting is a portrait of Lisa Gherardini. She was the wife of Francesco Del Giocondo.

It was probably painted somewhere between 1503 and 1506. However, Leonardo probably continued working on it as late as 1517. Recent academic work suggests that it was not started before 1513. King Francis I of France attained it and is now the property of the French Republic. It is at the Louvre Museum in Paris since 1797.

The expression of the subject, which people usually describe it as enigmatic, the composition’s monumentality, the subtle modeling of forms, and also the atmospheric illusionism were novel qualities that contributed to the continuing fascination and study of the artwork.

The title of the masterpiece comes from a description by Renaissance art historian Giorgio Vasari. He wrote that “Leonardo undertook to paint, for Francesco Del Giocondo, the portrait of Mona Lisa, his wife.” Mona, in Italian, is a polite form of address origination as “madonna.” This is similar to Madam in English. This became “Madonna,” and its contraction “mona.” In modern Italian, people also spell the title as Monna Lisa.

The portrait of Mona Lisa by Leonardo da Vinci is one of the most recognizable paintings in the world. This painting has found its way into many facets of art, including tattoo artwork.

With her quiet gaze and the most subtle of smiles, she symbolizes the feminine beauty for the Renaissance man. For tattoo enthusiasts and lovers of today, the portrait of Mona Lisa symbolizes fine art.

Fans of Leonardo da Vinci and fans of Mona Lisa are the ones that commonly choose this portrait for a tattoo. Also, fine art aficionados ambitiously choose this image.

There are many tattoo variations in this portrait. Some people prefer the original image, while others would make a caricature or will combine it with something else. Mona, Lisa has no visible eyelashes and eyebrows. Some scientists claim that it was common at that time for genteel women to pluck these hairs. They did so as these hairs were considered unsightly. This is the most common tattoo version, the original one.

If you are a fan of da Vinci, or precisely of Mona Lisa, we recommend you this beautiful tattoo design. However, it depends on your personality traits and your taste about tattoos and their meanings.