From all the superheroes that have ever existed, there is no more famous than the one we know as Superman. Of all DC characters in existence, Superman is probably the most famous in front of some of the superheroes like Batman, Flash, and Wonder Woman. These superheroes inspired us as children and gave the ideas that anything was possible. Fighting crime, flying, kicking some bad guy butts, and doing all of this under the disguise of a character with traits connected to superpowers. 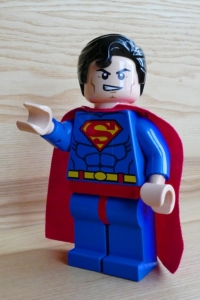 The fandoms of these characters are not only buying comic books. People go much further to honor their favorite superheroes, and by getting a tattoo, you’re telling the world that you are all in for your guy or girl. The tattoo for Superman is not a hard one to notice as many of the symbols and colors have long been associated with him. To the people that have this tattoo, the meaning could vary depending on how they feel they are connected to the character. However, there are some common themes in terms of symbolism.

Created in the 1930s by two high school students, this superhero has become one of the most influential and recognizable comic book heroes in the world. With his vivid blue suit and red cape adorned with the yellow and angular “S,” Superman is a hero favorite among many. He is a symbol of strength, protection, and hope for preservation against villainy. As a representation of heroism above all else, Superman is a striking image.

Superman differs from other superheroes as he is not human but rather an alien from the planet Krypton. He is originally named Kal-El but becomes Clark Kent once he is ejected from his home planet just before its destruction and adopted by a farm couple on Earth. It is the Earth’s sun that fuels his incredible powers, limited only by Kryptonite, an element from his home planet. He faces many adversaries and trials while protecting the Earth’s population. He is most popularly imaged in larger tattoos is using his superpowers to emphasize his incredible abilities such as flight or superhuman strength, with his cape flowing in the background.

Superman is already one of the most popular superheroes in the history of these heroes. Because of this, people tend to get creative when coming up with new tattoo ideas. They have to because of so many fans of Superman having a tattoo to represent him. Below are some of the most notable and creative Superman tattoos.

The logo that is seen on the chest of his suit, as well as his cape, represents his strength and heroism. The design is often tattooed onto the chest to mimic further the image of Superman, who often unbuttoned his shirt to reveal the logo underneath his street clothes before performing heroic acts. The icon is instantly recognizable and can be rendered in several ways. To feminize the symbol, the logo can be imaged as a pendant on a delicate chain, in softer colors, or with the addition of flowers.

Clark Kent tattoos, conveying this superhero in his human persona, is a rarer seen design. This design, including his black-framed glasses and street clothes, showcases the human aspects of the alien hero. The image of Clark Kent is that of a man who is much timider and shy. Many people feel that they capture some of these attributes in addition to what Superman represents. We have often seen the tattoo of Clark Kent with his uniform showing a little, or him in the phone booth getting ready to change into his superhero attire. This is a symbol of the hero in all of us and what we are capable of.

This is a common theme concerning Superman tattoos. It is a really fun tattoo and looks great when done by the right artist. The idea is to depict an image that shows the person with the tattoo having their skin tear away to reveal the Superman logo and colors under their skin. This symbolizes the powers within, and that underneath what you see is something more powerful. In a sense, it is similar to a Clark Kent tattoo because who he truly represents is hiding under his everyday human clothes.

There are many versions of this design that portray him as evil and not standing for good or protect the Earth. Out of all the versions of this tattoo to get, we tend to see more of the Injustice Superman. This version all started in a video game from 2013 called Injustice: Gods among us. In this story, the Joker destroyed Metropolis and fooled Superman into killing the love of his life, Lois Lane. These actions drove Superman mad. He then killed the Joker and set up a new world order that involved him being the leader of all while the rest of the Justice League followed suit. However, when this story crossed over the DC universe that mainstream, they all banded together to overthrow Superman. This story led to a new comic book series that acted as a prequel to the story. Evil Superman shows us all what can happen when evil wins. Evil can corrupt even those most honorable of men, and the evil Superman tattoo is a representation of that idea.

While many people choose to go with the logo of Superman for a tattoo or even a cartoon version of him, others decide to take a more realistic angle of the Superman tattoo and have a portrait done. You must find an artist who specializes in this style of tattooing, but when done in the right way, your portrait tattoo of Superman will turn heads like you wouldn’t believe.