Nowadays, tattoos are seen as artwork and also a form of personal expression. For those of you that are looking for a tattoo that has a special message to it, flowers will often be a one really good choice. Each flower represents something really different, from birth month to perseverance.

Delicate and colorful, flowers were important symbols of natural beauty and life for a long time. In fact, they are without a doubt some of the most common tattoo designs in the history of tattooing. The meanings behind the flower tattoos are as multi-layered as they are variable.

For example, in ancient cultures, flowers have been a direct symbol of the contentment of God. Nowadays, they usually represent the love between two people. The category of flowers, just like one of the animals, is an enormous part of tattoo symbolism. The tattoo world abounds with images of flowers, realistic and stylized, fantastic, or real. 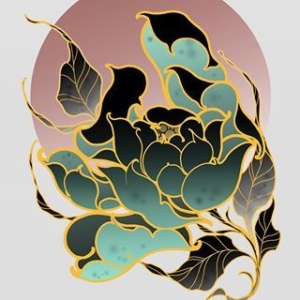 While a lot of these flowers have their special symbolism and importance, with endless shades of meaning, some flower tattoos are done with combinations that are more generally representative of the pleasing aesthetic effect, drawing on their common characteristics of growth and beauty. In the West, flower tattoos were traditionally believed as being for women.

The odds are that if you think about flower tattoos, there is a good chance that you imagine them on women. Over time, an appreciation for the meaning of flower tattoos grew, these tattoos became increasingly common among men too.

Of all the native tattoo traditions, the Japanese flower tattoo tradition is among the oldest and most prominent one. Just like a lot of things in the culture of Japan, flower tattoos are imbued with meaning that is the major contributor to their resurgence in popularity. Before we reveal the traditional meaning behind several flower tattoo designs, we have to note that the meaning may vary from one culture to another. The meaning of a flower tattoo in Japan may be quite different from its meaning in Mexico.

Flower tattoos can appear in different colors, designs, even size and locations, and they are relatively chosen to reflect a lot of personal meanings, which depend on where they are tattooed.

Flowers were used historically in a lot of different ways to visually express friendship, love, remembrance, and gratitude. They usually have a feminine taste of representations, perhaps one of the main reasons why they are being chosen for tattooing. But, it also has to be noted that a lot of men choose flower tattoos too, such as rose or cherry blossom being some of the top choices.

Various flowers and colors are going to symbolize various things. For example, a red flower will symbolize a burning passion, while a white flower design will symbolize purity. The yellow flower will stand for jealousy, while the violet rose may mean someone that is timid and shy.

Here are the six most common flower tattoo designs:

Roses are the most common flower tattoo design and were tagged as the symbol of passion and love. Roses are also known for their endless beauty and love. A red rose will show true love, while the pink one will represent grace and elegance. A peach rose will represent friendship while the coral one will reflect desires. Other colors have other meanings too.  The rose tattoo is said to symbolize balance, endless love, new beginnings, and hope. Adding the stem, together with the thorns will give it additional meaning, like defense, thoughtlessness, and loss.

The main thing that this flower symbolizes is that since it grows in the mud, it represents the rise of struggle and hardship. Moreover, it represents the transformation of strength and beauty. The lotus tattoo design is another one among the most popular designs, not only for the symbolism but also for the cultures to which it is tied. This flower represents understanding, knowledge, life, and enlightenment. However, the meaning of the lotus tattoo will go even deeper.

The lily tattoos are the symbol of partnership. The lily often represents a permanent relationship. Moreover, it is the symbol of mothers. The ancient Greeks believed that the lily flower sprang from the milk of Hera. Because of that, the lily flower was said to symbolize the Divine Feminine. Unlike most of the other flowers, the perennial Lily never truly goes dormant. The beauty and strength of this international flower cemented its place in different cultures in the world. With the elegant look, it is not a surprise that this flower means rebirth, purity, and royalty.

The cherry blossom tattoo is a common tattoo design in Japanese tattoo art. Usually depicted as falling petals being carried by the wind, the cherry blossom reflects a unique trait of the Japanese culture. Cherry blossom is definitely one of the most fragile flowers and is believed to be the symbol of feminine love and strength. Moreover, it may represent a fleeting moment in the life of a person, with the petals blossoming just in several days. The cherry blossom can also symbolize appreciation and empathy for the ephemeral.

The orchid holds a lot of meanings in different cultures. For the Japanese culture, the orchid was believed to represent the bravery of the warriors. It is also associated with the strength and power in ancient Aztec culture. In China, the meaning of this flower is usually tied to fertility, prosperity, and refinement. The best part of these flower tattoos is the sheer number of options. There are actually more than 25.000 kinds of orchid flowers, meaning that finding one which will suit your purpose may be quite easier. Remember that the meaning of this tattoo is usually tied to the meaning of the type of orchid.

The hibiscus flower tattoo is another popular tattoo. In Japanese culture, this flower has probably one of the simplest meanings of all the other flowers in Japan. It actually holds a singular meaning: gentle. This flower tattoo may hold a lot of different meanings at the same time; however, interpretations may be influenced by the context of the tattoo.