Home
Tattoo History
The Koru, A Maori Symbol, Used In Tattoos And Art

The Maori people are famous for their tradition of practicing Moko. In fact, Moko is an ancient art that involves facial tattooing. It originates in New Zealand and Australia as well.

In ancient times, these tattoo designs definitely marked which class a person belongs to in the tribe community. The Maori people believed that the head is the most sacred part of the body. However, they had some designated areas across the face for various meaningful tattoo symbols. Each half of the face represents the maternal and paternal lineage of a person. Different regions of the face signify the social standing of a person too. 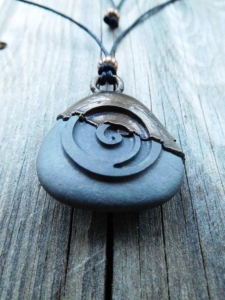 There are a lot of different Maori symbols which find their uses in tattoos. These symbols are present across different New Zealand art forms, such as tattoo art or carving. They have meaning or symbolism which stems from their original use hundreds of years ago. They used these symbols to visually represent parts of the culture, history, and belief system of Maori.

The symbols represent the future and past. Some reference stories of memory and desire, commitment, history, and strength, loyalty, relationships, etc.

The origin of Maori symbols is still very significant to the Maori culture. The way in which people drew them, their size and orientation influence their intended meaning. Nowadays, Maori symbols and meanings in Ta Moko still are very clear. There are several of them which are extremely popular symbols, and one of them is the Koru symbol.

Here, we will talk about the koru, what does it represent, and its use in the tattoo world.

The koru is the spiral shape, which finds its basis on the appearance of a new unfurling silver fern frond. It is an integral symbol in Maori art, tattooing, and carving. Here, it symbolizes life, strength, growth, and peace. Its shape also conveys the idea of perpetual movement. However, the inner coil suggests returning to the point of origin.

The koru is definitely the integral motif of the symbolic and seemingly abstract kowhaiwhai designs. People traditionally used these designs to decorate meeting houses. There are a lot of semi-formal designs, representing different features of the natural world.

For instance, the logo of Air New Zealand, the national carrier, incorporates a koru design. It finds its basis on the Ngaru, a kowhaiwhai pattern, as the symbol of New Zealand flora.

New Zealand introduced the logo in 1973, to coincide with the arrival of the first McDonnell Douglas DC-10 wide-body jet of the airline. Also, the New Zealand national korfball team has the nickname The Korus, even though the plural for koru is koru.

An unbelievable amount was written, when it comes to the Maori or New Zealand tradition of tattooing. There are historical observations right up to the current revival of the tradition, forming part of the cultural pride and activism.

Much of the specific symbolism is quite a different cult to interpret. However, there are elements that signal familial descent and personal achievement. People wear these two things together in the complex blackwork designs, most noteworthy in designs that cover the whole face.

One of the basic elements in these balanced, symmetric, and dense compositions is the koru. The koru is actually the folded, looped, and coiled scroll. People usually consider it an unfolding tree frond or a curling wave.

In pounamu carving, the Koru represents new beginnings, regeneration, and growth. This is what it also symbolizes in tattoo art. We also know that it symbolizes the fern frond that we can see in the native bush of New Zealand. This is because of the Maori proverb which speaks of growth and rebirth: “As one fern fond dies – one is born to take its place.”

In the Ta Moko tattoo art, the koru symbolizes parenthood, genealogy, and ancestry. Moreover, it has human characteristics – a head, a neck, an eye, a body, and a tail.

As a result of these human characteristics, designs with a single koru and multiple koru growing from it represent ancestry. There are also tattoos of a double koru. The double koru tattoo will symbolize union and meeting.

These two different motifs also symbolize strength and life, making the koru more evident. They do so as they meet in a spiral, which also means infinity. Moreover, the koru tattoo symbolizes transformation, harmony, and balance.

Ever since the ’90s, there was a Maori tattoo revival, a movement that came with growing tribal tattoo art popularity. People considered the Maori tattoo art very sacred, and many of the symbols are deeply spiritual. These symbols also have time to the local land.