A brief introduction to tattooing and tattoo culture it’s a subject that has been developed and talked about so many times. In my opinion, it’s never wrong to revisit this topic. That’s because I’m sure that we can always find something new and inspiring to refresh our tattoo knowledge.

Going back thousands of years, in the history and prehistory of the human race, people have deliberately and permanently marked their skins for myriad purposes: rites of passage; protection from evil; displaying group identity; proof of status or wealth; medical therapy; beautification; memorial; and even to guarantee entry into the afterlife, to name just a few of them. Highlighting most of these experiences, though, as well as providing a common thread among them, are the unspoken understandings that tattoos carry some meaning. Sometimes, they have a general one, as in the desire for beauty and appeal and other times a specific tattoo culture, as in the display of familial descent. In both of the cases, tattoos are forms of expression.

The thoughts that tattoos are capable of expressing so many different concepts, and that therefore are a means of communication are not new. Writers, as well as observers, tattooists, and the tattooed, have all remarked upon this aspect. We look like we are intuitively seeking for something beneath the surface and behind the obvious to explain what we see. The silent exchange which takes place between the bearer and the viewer of a tattoo may be one of the most interesting, as well as significant aspects of the whole process. Nevertheless, it is an aspect which receives curiously little attention over and above its mention. 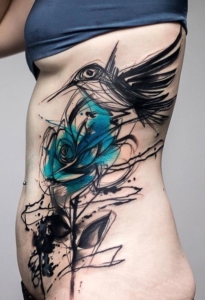 That light treatment may be as a result of the fact that much of what we understand when we see a tattoo is expressed through symbolism. By its nature, symbolism eludes capture in so many words, while those words which we do have to offer are sometimes imprecise. Many times, tattoo symbolism is not a direct expression but instead an appeal to the subconscious, as well as intuition. It may also call upon ancient forms and some graphic representations which, if not ingrained in the human psyche, as at the very least everywhere present and shared tattoo culture across miles and millennia.

When viewed in various countries around the world, there is no doubt that the practice of tattooing encompasses enormous variety. Designs, as well as colors, tools, circumstances, and meanings, may change from country to country and even from person to person. However, at the same time, there is another way of looking at tattoo – from the more distant vantage point, which is made possible by the passage of time and the accumulation of tattoo history and ethnography. When it is viewed from the affair, quite striking similarities and patterns through both time and space become evident, which speak common, as well as even fundamental experience.

Certainly, not everything in the world of tattooing warrants deep analysis or is imbued with importance. We may never understand what it meant or means, for certain individuals and their cultures to be tattooed. Even nowadays, there are some designs that are so distinctive or personal that they defy interpretation. Additionally, there are some people who simply do not ascribe symbolic content to their tattoo, nor there is some reason why they should.

However, most of the people, as well as most of the cultures in the world, for a different reason, do associate tattoos with some deeper meaning. They can be the outward sign of some inner transformation, as well as an appeal to the forces of luck, or a declaration of loyalty, love, or sometimes even hatred. They can be whimsical and ironic, or they can be reminders of the event, both sad and uplifting. Still, as containers of meaning, they are usually rich in symbolism, providing a glimpse into the collective, as well as varied past and the range of emotions and experience which motivates people.