American traditional tattoos in today’s society are something completely normal. They are (hot) used the art form in every part of our living. They date back to the 19th century. The two major developments that revolutionized the tattoo industry, permitting the artists to document and solidify the style, were the invention of the electric tattoo machine in 1891 and the distribution of flash sheets which were distributed by main additionally to residing in portfolios and hanging on the walls of various tattoo parlors.

While this trend started in the 19th century, the style truly solidified, as well as found its voice during the Second World War. Most modern tattoos draw inspiration from this period rather than the earlier one. 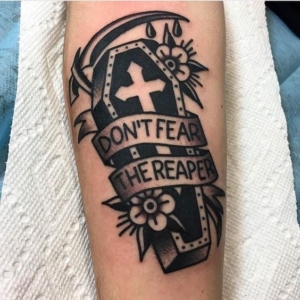 During the period of the Second World War, millions of your American men who would have otherwise been upstanding, as well as vanilla-looking, cardigan-wearing citizens, were thrust into war. The Japanese invasion of Pearl Harbor, just West of Honolulu, became a crossroads and the ultimate shore leave destination for millions of servicemen – it was also home to the tattoo shop of a heavily inked former Navy man that was named Norman Collins, aka Sailor Jerry.

It was on the backs, as well as shoulders and arms of men like these where Sailor Jerry-built his rep and changed the tattoo world. He combined vivid color, bold iconography and sheered artistic ambition in order to create a new kind of tattooing.

During the time of the 50s’ and 60s’, Americans getting tattoos included the most aggressive elements of the counterculture, outlaw biker gangs, convicts and others without the desire or expectation to “”move up”” in society. And, during the late ’70s and early ’80s, getting aggressively tattooed, as well as pierced became a mark of punk culture’s disdain for conformity and social mobility. The wide range of such things that people express with tattoos continues to widen every day.

Nowadays, traditional American tattoos are still extremely popular and considered in-style. The neo-traditional tattoos which combine old-school flash art style with some new techniques and improved quality are also very popular. The tradition of America of inking may have started later than many other cultures in the world, but it shows no sign of going out of style any time soon.

So, why you should get an American traditional tattoo?

Using the traditional style adds a bold, as well as artistic and vintage flair to any design that you may have in mind, and you do not need to have a knack for creating them yourself.