Home
Blog
Rome – The City In Many Tattoo Stories Through History

One of the most influential histories of all times is definitely the Roman. We are free to say that everyone across the globe is familiar with the famous legend of Rome and how the city got the name. This famous legend says that the Roman Empire was founded in 753 BC by the twin brothers. The name of the city of Rome came from the founder and its first ruler Romulus. Romulus and Remus were born as sons of the Roman god of war Mars, descendants of the Trojan 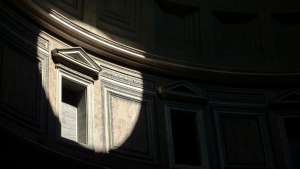 hero and prince Aeneas and were grandsons of the Latin King Numitor of Alba Longa. But these twin brothers were tragically abandoned and left to drown in the Tibet river as infants by the king Amulius, who feared that the brothers would take the throne from him.

Furthermore, the legend says that Romulus and his twin brother Remus were saved and raised by a she-wolf. The she-wolf and a woodpecker were sacred animals for their divine father, the god of war Mars. They fed them, protected and raised them until they were found by humans. After they become mature enough, they took back what was once stolen from them and conquered the man who tried to kill them and found a town that, in honor of its first ruler and founder Romulus was called Rome. According to the legend, Romulus killed his twin brother Remus.

This popular legend is very inspirational for Roman tattoo artists and tattoo lovers. This is not a surprise because, in the world, Rome is famous as the center of art, and tattooing is a form of art. Moreover, Rome is full of talented and diverse tattoo artists. In contrast to the past, when tattoos were considered taboo body alteration, today, tattoos are an ever-growing trend of the 21st century. This is especially evident in Italy and Rome as the center of art, where the higher percent of the popularity at the age of 35 to 44 have at least one tattoo. In ancient Roman times, tattoos were only connected to barbarians. Romans used tattoos to mark criminals and slaves to be able to identify them if they escape. Later, they used tattoos for their soldiers. Many ancient Romans considered tattooing as punishment.

As previously mentioned, the legend of the twin brothers Romulus and Remus and the city of Rome is very inspirational for tattoo artists. Tattoos with a design that incorporates this legend are popular even today. The tattoo design is presented with a she-wolf ready to suckle her young. This tattoo is a symbol of Rome. The tattoo of a wolf is very popular for both tattoo masters and individuals in love with tattoos. This type of tattoo evokes admiration, fear, and respect. Since ancient times, a wolf symbolizes cruelty, tracery, evil altogether with bravery and victory. The wolf can also represent a powerful protector of those who is weak.

This is the exact meaning of the she-wolf tattoo from the legend. Moreover, this kind of tattoo design symbolizes justice and faithfulness and is an excellent choice for people who are genuine freedom seekers. This tattoo design is a perfect choice for both men and women who love animals, particularly wolfs or are crazy about the history of Rome. The tattoo design is usually inked with black and grey shades. However, this tattoo can also be made with color.

Tattoos with wolfs are generally a good idea and a common choice because they hold strong symbolism.  The significance of a wolf tattoo is powerful and can stand for family, protection, power, strength, loyalty, etc. Wolf pack as a tattoo stands for unity, whereas a lone wolf for solitude and self-sufficiency. Wolf tattoos are considered as one of the most intricate designs. Tattoo masters can offer many different wolf designs, such as:

When making a decision about what kind of wolf tattoo to get, it is essential to have one thing on your mind- the tattoo expresses the nature of the person that wears it. These types of tattoos can be inked anywhere on the body from neck to arms, legs to the whole back. It is not vital which wolf tattoo design you are going to chose. That’s because each one of them is beautiful and holds a very powerful symbolism and meaning.

This is a design that holds not just artistic value but a historical one also. Its common sense to know that this culture has touched and influenced a lot of people on this planet. It is starting from the architectural, artistic, cultural, and military influence that is visible all around our world and transforming and blending all that into the tattoo art.