Since ancient times, the bee was a central figure to a lot of different cultures in the world. These insects have a long history in the tattoo symbolism. That Symbolism is very “heavy” both as individuals and regarding the hive. They are essential for the maintaining of a balanced ecosystem, and they play a huge role in the success of crop growth.

Beekeeping has been documented in Egypt as far back as 2600 B.C.E., and beeswax has even been used in mummification. In a lot of different cultures all over the world, these insects have been taken on quite varied associations, such as from harbingers of death to resuscitators of the dead, from symbols of kingship to bringers of wisdom too. 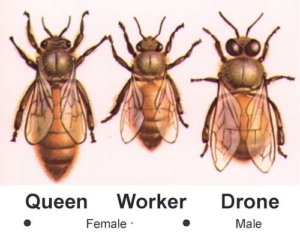 Because of the crucial role that bees play in the environment, as well as agriculture, they have also come to represent environmental preservation. They are a symbol of hard work and cooperation as well. Since the bees protect their home at the risk of their own life, they represent loyalty and courage too.

Small, but not insignificant, the bee has a special place in the lives of a lot of people. Whether you have some personal connection with these black and yellow insects, or you appreciate their contributions to our environment, a bee tattoo can always make a great tattoo for tattoo lovers of all kinds.

For instance, in the Western styles of tattoo imagery, the bee is a fairly popular insect among tattoo lovers, sometimes shown only on its own but more often in a group or combined with other elements. As we already mentioned, bees carry the meanings of being diligent and busy while they work for their group.

Bees are also a symbol of community, brightness, as well as personal power. You should follow the bee to discover your new destination.

However, the appearance of a bee on the skin, in reality, or tattoo art, will also bring to mind their stinging ability.