Every tattoo has a different meaning. Like almost all tattoos, the black widow tattoo has its strict symbolism and meaning. They are quite popular to be regarded as a trend. But, not everyone likes this type of tattoo because it is usually seen as a bad sign. For some people, it means that a relationship has gone wrong.

A popular insect image in the tattoo world, the black widow spider, is immediately recognizable by its shiny jet-black luster and the small red hourglass-shaped design on the underside of the abdomen of the female. This spider was named like that as of the practice of the female killing and eating the male after mating, which is one-fourth her size. As all black widows are venomous, the black widow tattoo design symbolizes danger, but also female energy, as well as a creative force. 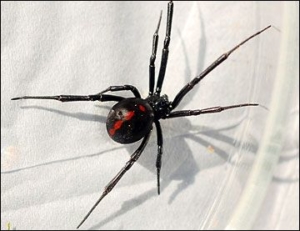 The black widow tattoo is also known as the spider tattoo. As we already said, these creatures symbolize different meanings, including witty, cunning, and intelligence, as well as femininity, temptation and danger, death, protection, wisdom, and betrayal.

A delicate black widow should not be trivialized. On the outside, she may look fragile and helpless, but she is willing, as well as ready to start a deadly attack at any time. Black widow is the symbol of femininity, sexual power, as well as independence. The image of the black widow is one of the most popular in the genre and is by far the most linked with women that have brave, as well as untamable personas.

This is a tattoo design which is quite popular among men and among some women too. As this spider tattoo can be designed into several different sizes, it can be tattooed almost on every part of the body.

As with all animal tattoos, the spider tattoo represents all the positive, as well as negative qualities which the society attributes to that animal. We hope that this is an interesting and attractive idea for your next tattoo.