Zodiac tattoos are remarkably popular among the people who actually believe in astrology. Some people have an intense religious conviction about the Zodiac signs and oftentimes make them a truly significant part of their life. Scorpio Zodiac tattoos are among the most widespread zodiac tattoo choices among people, even if they do not belong to these signs. The reason for its popularity is probably the fact that it is a Scorpion. Not only does a scorpion imply attitude and antiquity, but it also engages people as there are a lot of superstitions and myths associated with scorpions. 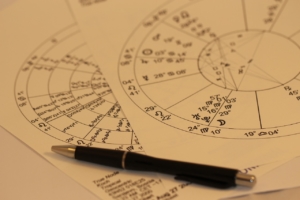 Scorpio is the eighth astrological sign of the zodiac that is ruled by two planetary influences Mars and Pluto. People that are born between 23th of October and the 21st of November are said to be born under the sign of Scorpio. Pictorially this sign is represented as a scorpion. Scorpio, as an astrological sign, belongs to the group of water signs together with Cancer and Pisces. This sign is associated with three different animals, the Scorpion, the snake, and the eagle or phoenix. The snake and the eagle are associated with Scorpio due to the nearby constellation of Ophiuchus and Aquila.

Scorpio is considered to be one of the most underestimated signs of the zodiac. Due to its improbable enthusiasm and abilities, Scorpio is often confused for a fire sign. That is not the case since Scorpio is a water sign that acquires its intensity from the psychic and emotional realms. Just like its fellow water signs, Cancer and Pisces, Scorpio is remarkably telepathic and spontaneous. Pluto and Mars govern Scorpio, planets that command both demolition and transmutation. On a good day, Scorpion energy is challenging and enticing. On a bad day, however, the dark side of the Scorpio is kindled by a ferocious appetite for control. Hungry for power, Scorpios must recognize that, if constrained by their egos, they are at risk of infecting themselves. As previously said, the Scorpio’s representative is the Scorpion, and that is no accident. Very similar to the Scorpio, a scorpion would rather kill itself than be killed. Those born under this sign are believed to be in ultimate charge of their fate. Bold Scorpios seldom lose; they just keep on advancing since they are unyielding and resolute in succeeding.

Scorpion is popular among the commercial line, for instance, ‘The Scorpion King.’ Scorpions are seen initially as an indication of something cryptic due to the chronicle they have attached with themselves. Since Scorpion’s nature is fatally toxic, it is often seen as something terrible. Because of this, make sure you know what Scorpion signifies before you get a zodiac tattoo of it for a lifetime. No matter whether you are born in this sign or not you can get this tattoo design if you are fascinated by the dark stuff or just get one because they look cool. Scorpion tattoos, however, can be denied or even offensive in some cultures and nations because of their sinister connotations. Nevertheless, scorpions make for a really great design. Scorpion’s frames make them look like a mix of crawfish and spider. When inked perfectly, they look very artsy and unusual. Scorpion tattoos are not at all gender restricted so both men and women can get one. These tattoos are incredibly exotic, all thanks to the rich history affiliated with scorpions. Scorpions are really precisely defined and effortlessly recognizable and thus make for a phenomenal tattoo. If you try to evade getting a scorpion tattoo because they creep you out, you can invariably go for the scorpion symbol tattoo, which resembles mostly like the alphabet, ‘M’ with an arrow. You can even decide to get both the Scorpion and Scorpio symbol together if that gratifies you. Since Scorpio poison is compared to the fire in the veins, you can always supplement little details like fire in your scorpion tattoo. As far as placing the tattoo goes, you can put it on any body’s part like your arms, back, neck, ankle, wrist, shoulder, etc.

In addition, because scorpions look attractive from each aspect, there is a diversity of placement options to best suit everyone’s physique. A scorpion tattoo can look exotic and fashionable on both men and women. All in all, it is an exceptional design for someone who wants a tattoo with a slight bit of ‘edge’ or one that is a little ahead of the ordinary. Scorpion tattoos can be large or small, and they can have as much or as little detail as you would like. You can get a tattoo that is very colorful or with no color at all, just black and grey shades. In any case, it will be instantly recognizable because even those of us who have never come across an actual scorpion appears to have an innate recognition of the symbol and all that it represents.

In conclusion, we can easily say that the Scorpio zodiac design is very versatile and flexible. There’s a lot of different kinds of approaches that can be used for creating your Scorpio zodiac tattoo. From realistic to sketch, even tribal combined with the star constellation, this is definitely a design that holds a lot of combinations. Some of them maybe not usually weird even but still design with powerful symbolism.