Scorpion is considered to be the most fearsome and poisonous of all the insects that have relations with ancient religions and cultures. Although, scorpions are relatively uncommon in tattoos, however, getting this creature inked on your body will ensure that you are rocking a unique and different design. Scorpions are ancient creatures, predating human existence by millions of years, giving them the ability to learn more about the planet than we could ever know. This could be the possible reason why ancient civilizations and religions have adapted this animal in their culture. 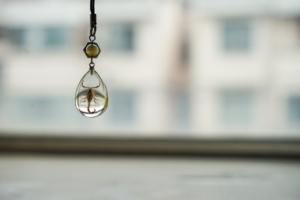 This dangerous predator is closely connected with the Mayan, Buddhism, Egyptian, and Greek civilizations. In ancient Egypt, for example, this symbol was thought to offset the scorpion’s venom and so represented healing and resurrection. Nonetheless, this design is most famous for its ties with the Zodiac signs. It is common knowledge that it is the symbol for Scorpio, the eighth sign of the Zodiac.

Many people believe that scorpions are incredibly deadly, however, not all scorpion stings are mortal. On the other side, this deadly string is used for protection: its stinger is a way for the animal to protect itself from harm from predators and other foes. Because of this, this animal can symbolize protection and defensiveness: it’s ‘back off’ stance with a stinger aimed and ready to strike makes the scorpion a prime example of how small animals can be effective at intimidation and control.

As with other animal tattoos, scorpions are often chosen because of their innate qualities and characteristics. This can include the deadly power and intimidating nature of the scorpion’s stinger, but this creature also has far more complex meanings. For example, men might choose to get a scorpion tattoo because of the association of this animal with sexuality and arousal. A male scorpion has a special mating dance that it performs to attract female scorpions, so this scorpion tattoo is perfect for any man who considers himself to be a Casanova or seductive lover.

There are many cultures that attached significant meaning to the scorpion. Ancient Egyptians associated the scorpion with the goddess Selket who is the guardian of transitioning souls. Moreover, in Mayan culture, the scorpion was a symbol of medicine and surgery: like the scorpion numbs its victims, so too must the surgeon. The medical connection also continues in some African cultures, where the scorpion’s venom was believed to have immense healing powers. In ancient Greek and Roman mythology, Diana used the predator to poison Orion, an act which later caused his death. After that, Zeus made the scorpion a constellation in the sky.

It is from this knowledge that we get one of the most well-known meanings of the design as a sign of the zodiac. Scorpio is the 8th sign of the zodiac and encompasses all people born between 23rd October and 21st November. Scorpios are known to be loyal, brave, focused, and intuitive, but they have some negative traits as well: they can be jealous and manipulative, short of temper and vengeful. Getting a scorpion tattoo is a perfect way to accept your zodiac sign and all the traits that come with it.

There are so many designs of scorpion tattoos. These days they are becoming very popular designs that are getting attention from both men and women. Here are some of the possible designs:

The Scorpio sign – This is probably the most popular of all the designs. You can both have a scorpion and then place the Zodiac sign near it or the word “Scorpio”. You can try the Zodiac sign only, which is a perfect tattoo design for those who keen on smaller tattoos. It is possible to make one of the curves into a scorpion tail for additional flair. But if you really want the design to stand out, a tattoo of the Scorpio constellation is perhaps the best choice.

Stinging scorpions – If you are interested in a bad-ass design, a stinging scorpion is your best choice. This is the design that best reflects your strength. Most frequently, the scorpion is seen ready to attack with its stinger poised in the air. You can then try making it look like it’s piercing your skin.

Tribal – Tribal tattoos are famous for their bold black ink. You can definitely try this tattoo design in different traditional styles and see which one best suits your preferences. This can be either a bigger or a smaller tattoo.

Girly scorpions – Scorpions do not necessarily have to be creepy all of the time. If you are that Scorpio who is enamored with all cute and girly things, you can definitely make a girly tattoo design – complete with puppy eyes and pastel colors.

Celtic scorpions – Probably one of the most amazing designs is the Celtic scorpion, entirely made out of Celtic knots and lines. It’s a unique representation of such a unique characteristic.

A Dark Scorpion: This tattoo typically indicates the strength, literal or symbolic death or personal freedom from traditional beliefs about death.

Scorpions and the Sun: This scorpion tattoo is commonly associated with life and death, power, clarity, and focus. This association originates from ancient Egypt, where this was a symbol of not only life and death but was also a guardian.

The Stinger or Tail:  The position of the scorpion’s tail also changes the meaning of the tattoo. For example, a scorpion in striking pose represents personal protection, strength, and sexual energy, while a scorpion in a relaxed pose depicts calculation and wisdom.