Commonly confused with the family crest, the coat of arms includes the family crest in addition to a shield. Both of these are a means of expressing the heritage of peoples. 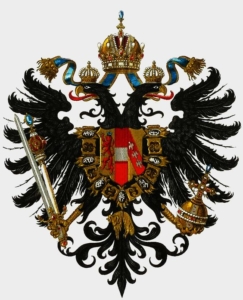 Heraldic designs came into general use among the western nobility in the 12th century. Systematic, the heritable heraldry has developed by the start of the 13th century. Exactly who had the right to use arms, by law or by social convention, varied to some degree between different countries.

Early heraldic designs were personal, utilized by individual noblemen that might also alert their chosen design over time. Arms became hereditary by the end of the 12th century, in England, by King Richard I, during the Third Crusade, 1189 – 1192.

Burgher’s arms are utilized in Northern Italy in the second half of the 13th century, and in the Holy Roman Empire by the mid 14th century. In the late medieval period, the use of arms spread to the clergy, to towns as civic identifiers, as well as to royally chartered organizations like universities, as well as trading companies.

The term coat of arms itself in origin refers to the surcoat with heraldic designs, which are worn by combatants, particularly in the knightly tournament. The sense is transferred to the heraldic design itself in Middle English, in the mid-14th century.

Despite there was no widespread regulation, heraldry remained consistent across Europe, where tradition alone governed the design and use of arms. Some nations, such as England and Scotland which still maintain the same heraldic authorities that traditionally granted, as well as regulated arms for centuries and continue doing so right in this time.

For example, in England, the granting of arms is and was always controlled by the College of Arms. Unlike the seals or some other more general emblems, heraldic achievements have a formal description which is called blazon, which utilized vocabulary which permits for consistency in heraldic individuals.

In England, direct descent is required for an heir to have the legal right to display the coat of arms of his ancestor. In some other countries, it is not uncommon for several different people to share a coat of arms.

In essence, the coat of arms is itself a composition of some specific parts, as well as symbols, each of them having its name and importance, or some specific meaning to ancestors and after that inherited by their descendants.

Using the coat of arms started in the Middle Ages simply as a means of identifying individuals, as well as families. While the use of personal and family insignia is ancient, which even mentioned by Homer, the European heraldry proper is a feudal institution that is developed by noblemen for shields and seals.

At a national level, the coat of arms was generally retained by European states with constitutional continuity of more than several centuries, which include constitutional monarchies such as Denmark and old republics like San Marion and Switzerland.

The use of the coat of arms in Italy was only loosely regulated by the states existing before the unification of 1861. In Spain, the coat of arms was generally left up to the owner themselves, but the designs were based on military service and even the heritage of their grandparents. And in France, the coat of arms is based on the Fleur-de-lys and the Rule of Tinctures used in English heraldry.

One of the most unique and common ways for people to celebrate their family ties, as well as heritage, was to get tattoos of their family crests, coat of arms, and some other symbols, which recognize their family surname and genealogical history. For example, in Great Britain, whether you are English, Scottish, Irish or Welsh, and in most of the countries of Europe, individuals can often trace their family history and surname to a particular stylized design which at one time would have decorated shields and banners as a method of identifying individuals going into battle.

The earliest designs of these tattoos were simple, but with time, they became increasingly more complex and ornate. They included crests, supporters, as well as mottos, even incorporating the arms of other families through marriage. The military importance of the coat of arms on a shield eventually gave way to heraldry based on family pride, since a lot of holders never went near a battlefield.

The most important component of the coat of arms was the shield. On this was placed the unique symbols, colors, and maybe mottos about the history and family of the individual. The heraldic color itself also had a special meaning.

This is a tattoo in which people choose to represent some family heritage or history.