The Phrase Alpha and Omega comes from the “I am Alpha and Omega,” an appellation of Jesus in the Book of Revelation. The first part of the phrase is first found in Chapter 1 verse 8, as well as in every manuscript of Revelation that has 1v8. There are several later manuscripts that also repeat “I am the Alpha and Omega” in 1v11 too. Still, they are not supported here from most of the oldest documents, including the Alexandrine, Sinaitic, and Codex Ephraemi Rescriptus. It is, therefore, erased in some modern translations. 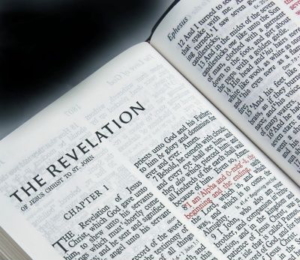 In a world play, with the symbols of Alpha and Omega, the addition of the MU changes the three letters into an acronym for three Greek words which mean “yesterday, today and forever,” with the accent on the presence of God in the here and now. The letters do not only emphasize the eternal nature of Jesus, but they also emphasize his presence with us.

Heb. 13:8: Jesus Christ is the same yesterday and today and forever. (NIV)

We can easily say that there’s no one universal symbol or artistic form that means “Alpha Mu Omega”. In the tattoo culture, we can say that “Alpha Mu Omega” is represented through several pictures like pictures of Jesus, different kinds of crosses combined with meaningful quotes, and parts of the Book of Revelation. In my opinion, that’s even better because it leaves your artist with no restrictions when he or she is working on your “Alpha Mu Omega” tattoo. Combinations, of course, are not limitless, but it’s still a good feeling when we can draw up something that’s downloaded from the internet with the proper use of our and our customer’s imagination.