If tattooing is the pattern and habit which in some ways influences people, then its objectives are identical with faith. Although there are efforts to elucidate faith by science and details, religion should empower this facet. Religious tattoos are quite common these days. With the different religions in the world, religious also vary, especially in the meaning and symbolism.

Expressing faith with tattoos is not a modern practice. In the past, people used tattoos as amulets for protection, health, as well as other reasons. That’s why we will not see Christian themed tattoos only. We can also see various depictions of Buddha, or themes from the Islamic religion, etc. 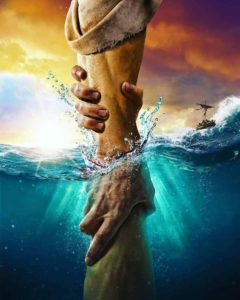 There are some Christians who are still wondering if tattooing is a sin. To answer people’s concerns, we have to say that the Bible says that it is not. As long as you ink yourself with no bad reason or without the intention to hurt others, you are safe. The only way inking may not be good is when it may hurt others, and you don’t have pure intentions.

Most of the religious designs are in black and white, but you will also see several colored masterpieces too, Even if these types of tattoos are symbolic, this does not mean that they can’t look good too.

However, here we are going to focus on the Christian religion, especially on Jesus Christ and his use in tattoos.

Jesus or Jesus of Nazareth, and Jesus Christ was a Jewish preacher and religious leader from the first century. He is the central figure of Christianity and the most influential person in history. Most Christians believe that he is the incarnation of God the Son and the awaited Messiah (Christ) prophesied in the Old Testament.

Jesus was a Galilean Jew, and John the Baptist baptized him. Jesus started his own ministry. He preached orally and debated with fellow Jews on how to best follow God. He also engaged in healings, and taught in parables; he gathered followers through all this.

The Jewish authorities arrested and tried him, and then they turned him over to the Roman government. Then, they crucified him on the order of Pontius Pilate, the Roman prefect. After his death, his followers believe that he rose from the dead, and the community they formed became the early Church.

People who want to make a public statement about their private beliefs will sometimes use tattoos to do it. Unlike the names of spouses or friends, whose relationship to a person might change, religion is usually more lasting. Hence, religion is also more appropriate for a tattoo.

Other than the cross, there is probably no other symbol more evocative of Christianity than its founder. Jesus Christ. Though no actual portraits of him survive, many great artists rendered him over the centuries. Naturally, details vary widely, but expressions that convey compassion, holiness, and suffering are universal.

Tattoos of Jesus Christ are definitely the most potent tattoos in this world. Mostly, religious fanatics utilize these types of tattoos. In this tattoo design, artists usually portray all the phases of the life of Jesus. Those who want to craft their bodies with these types of tattoos declare their strong love and faith towards Jesus.

With the help of tattoos, they are also revealing their power of hope, faith, as well as their profound rooted belief in spirituality.

You can portray the tattoos of the Lord Jesus in numerous ways. Some people want to get the kind, as well as a compassionate look of Jesus Christ. Others prefer to design the pain that he suffered during the crucifixion. By designing their bodies with this tattoo, many people believe that they show their faith in Jesus and his teachings. Through the tattoos of Jesus, they also confirm their faith in Christianity.

The tattoos of Lord Jesus may represent many different meanings. When you tattoo your body with Jesus Christ, you are simply selecting these symbolic meanings.

Therefore, you can select a tattoo art of Jesus Christ, which means:

You can do many things through your Jesus tattoo designs. Rather than having the portrait of Jesus, you can just tattoo the word Jesus in your body. If you want, you can also include quotes or verses from the Bible within your tattoo design.

The most popular Jesus tattoos can be anything that has a connection with Jesus and also the Holy Bible. Besides depicting Jesus, you can even go with some appropriate words like hope or forgiven. You can include these designs in your Jesus tattoos in various styles.