This particular sign, an amulet, can be any charm or talisman which is worn for protection from harm, as well as to bring good fortune. It has taken numerous forms during the history, including the tattoo. 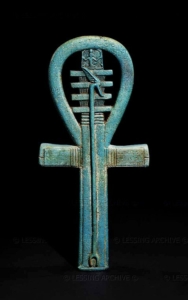 Humans have been inking their bodies with tattoos for thousands of years: the ancient Egyptians had the habit of decorating their bodies with small pictures. Initially, they were laid only one meaning, and that was protection from the dark forces and the evil eye. Also, this is an ancient practice that has been used to show status or tribal affinity,  as well as to decorate the body and sometimes as a form of punishment.

From the Venus figurines of Neanderthal man, the scarab of ancient Egypt, or the Zuni fetish, to paint the Norse runes, as well as tattooed images of a lot of magic symbols, verses of the sacred text, or the modern-day lucky rabbit’s foot, the amulet, takes carries a special meaning to the bearer.

Now, the tattoo charms are not so popular as the men, and the fair sex, but most of them are a common decoration. So, before you impale your body on a particular picture or pattern, you should ask yourself what it means.

The amulets which are said to derive their extraordinary properties, as well as powers from magic or those that impart luck, are typically part of folk religion or paganism. In contrast, those of formalized mainstream religion as in Christianity is believed to have no power of their own, without being blessed by a clergyman, and they supposedly are not going to provide any preternatural benefit to the carrier who does not have a suitable disposition.

Amulets become something that embodies the power that they symbolize, whether they are worn in life or death. The immediacy, as well as permanence and physical closeness of tattooed amulets, make them a particular class – a symbol which cannot be accidentally lost, or protection which is always here, and power which is continuously in possession of someone.