Home
Blog
How Can Tattoos Last Forever When Skin Cells Live And Die?

Skin Cells Live And Die, So How Can Tattoos Last Forever? New research gave us the answer to this question. But let’s start from the beginning.

The tattooing history is long and rich, with the earliest evidence of tattooed humans dating back to the 4th millennium BC. Archeologists all over the world have uncovered tools, as well as ancient art and mummified skin, which prove that the practice has been alive and well for centuries. 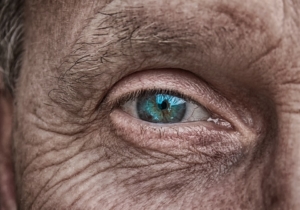 Every one of us accepts the fact that tattoos are permanent no matter how hard we try to scrub, as well as burn or laser off the remnants of regrettable ink. It is something that has bothered scientists for quite some time. It is a common knowledge that skin cells live and die – but somehow, tattoos remain permanently carved below the top layer of skin. One new fascinating research from France is bound to give us the answer to the question: Does tattoo ink last for many years without fading completely?

Up until now, it was known why our skin cells soak up the pigment in the first place – it is all thanks to the rest of our skin as the pigment is caught deep in the dermis, thanks to a little-known immunity cell which is called a macrophage which targets and soaks up the ink as it would a basic infection. Like the white blood cells which attack bacteria in our body when we have a cold, the researchers have discovered that macrophages rush to the puncture area as you are getting inked and immediately absorb the pigment. However, what happens when old cells, which include macrophages, die off and are replaced with new ones?

According to one group of scientists from Aix Marseille Université, the dead cells release the tattoo ink into neighboring cells, in that way creating a continuous cycle and permitting your tattoo to stay as new for years to come. The leader of the research group, named Sandrine Henri, explained:

We think that, when the tattoo pigment-laden macrophages die during the course of adult life, the neighboring macrophages recapture the released pigments and in that way ensure in a dynamic manner the stable appearance, as well as long-term persistence of tattoos.

In the latest research, which was published in the Journal of Experimental Medicine, scientists tattooed the tails of mice. The immune cells macrophages in the skin of the mice picked up the pigment. But, when scientists killed off those cells, the tattoo still looked the same. That is why deep down in the dermal layer of the skin, those dead cells had released the tattoo ink. And when they did, neighboring cells picked it up.

In another experiment, researchers have transferred a piece of tattooed skin from one mouse to another mouse, and they have discovered that after six weeks, the new mouse’s cells were carrying the pigment as well. The work suggested that this was a continuing cycle.

While this new work explains why tattoos last a lifetime, it may also offer hope for those that wish their ink wouldn’t fade away. When tattoos are removed with lasers, pulses cause skin cells to die, as well as release their pigment. The new research suggests ways to improve that process by making sure new cells don’t pick up pigment when the laser kills off cells. According to the researchers:

Tattoo removal can be likely improved by combining laser surgery with the transient ablation of the macrophages that are present in the tattoo area. As a result of that, the fragmented pigment particles generated using laser pulses are not going to be immediately recaptured, a condition increasing the probability of having them drained away via the lymphatic vessels.

The authors of the study also hope to work with dermatologists in the future in order to test this theory on humans too.