Tattoos are like our permanent reminders of something. In fact, that may be something lost or gained, or a special friendship. Simply said, it can be a little something that will remind us to be good to ourselves. Also, it will remind us to bring happiness and joy into our everyday lives. So if you are thinking about getting a tattoo, it would be important to get the design you want. You should get something that speaks to you and your personality. Moreover, those things may be a pain to get removed – literally.

However, some people don’t matter what the tattoo will mean. They focus more on the design, rather than on its meaning. Or, they get tattoos which don’t symbolize something special at all. Getting such tattoos is not common, but it happens.

Here, we will present you nine tattoo designs, which you may find interesting, although not full of symbolism and meaning: 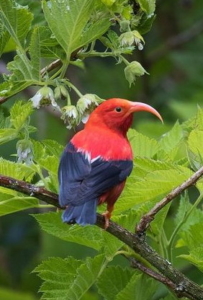 The Hawaiian bird motif is reminiscent of the types of seabirds prevalent there. Unluckily, it does not have a name or meaning that survives. This is the case with much, although not all, of traditional Hawaiian tattoo designs. The cultural information connected to them has been lost as a result of early Christian missionary efforts to stop the practice of tattooing and incorporate Western culture into native.

The gun tower is a prison tattoo. This tattoo design represents the life where guards always occupy these two-story structures. They do so to monitor the actions of inmates. These tattoos often symbolize incarceration and prison life.

In Hinduism, Kali is the destructive version of Devi, the supreme goddess. Where Devi is kind and peaceful, Kali is terrifying. She has four arms, holding a sword with them, together with a severed head, and a strangling noose. Sometimes, one arm is held in the gesture of assurance. Usually, Kali is colored black, with fangs, smeared with blood, as well as tongue protruding. She represents the vicious and sill ever-present side of existence. She is fierce and devouring, sometimes even destroying demons.

In almost everywhere in the world, people raised sheep as livestock. The first lamb born in the litter of New Year was a signal of spring. It was the fate of these first lambs, to then people used them as offering to ensure continued life. Although these customs are not used anymore since long ago, the lamb still symbolizes sacrifice, meek gentleness, innocence, and purity.

The merman is the male form of the mermaid. It is just as an ancient mythological creature as the mermaid. Mermen are not often present in tattoos. However, they appear from time to time. They are tempters and seducers that could also be a danger, luring sailors to drown. Seeing a merman on a voyage was sometimes an omen of an impending shipwreck.

The international symbol for “No” is actually the circle with a diagonal slash. Generally, this symbol finds its uses combined with other images. Every time people use it, they place it over the image and stand for the prohibition of what that image represents. For instance, the smoldering cigarette with the circle and slash means “No Smoking.” This is one of the first uses of the “No” symbol.

Lambda, Λ λ, is the eleventh letter of the Greek alphabet. In its lower case form, the form which frequently finds its uses for symbols looks like an upside-down “y.” Sciences use it as the symbol for a multitude of concepts, from elementary practices to wavelength. In tattoos, the lambda is more apt to be a symbol of the gay and lesbian rights movement. It does not symbolize mathematical concepts. Gay Activists Alliance adopted it in the early 1970s. This suggested that the symbol has its association with energy.

Among the peoples of the Pacific Northwest, the killer whale was the most feared of the sea creatures. People from those areas also said that sometimes, it was part of the mountains themselves. This was because they could see it very close to the mainland. Artists depict the whale in various art forms, including tattoos. Usually, they depict it in an aggressive way with teeth showing. The most distinctive features are the upright dorsal fin and the bifurcated tail. This whale is also the character in mythic tales. Moreover, it is an important figure in family crests. There was no other sea creature more symbolize of awe-inspiring strength and power to the seafaring peoples of the region.

The police use handcuffs on prisoners under arrest. People widely recognize them as a means of manacling the hands. In an exciting twist, handcuffs in tattoos aren’t usually representing confinement or imprisonment. Rather than that, they can depict someone that escaped, open instead of closed. In this particular way, they symbolize newfound freedom and release from shackles.

We hope that you like this unusual tattoo designs.