The swastika symbol was used in the 20 th century by one of the most hated people that has ever lived, a symbol that nowadays represents our terrible past. That past was a slaughter of millions of people and one of the most destructive wars on Earth. 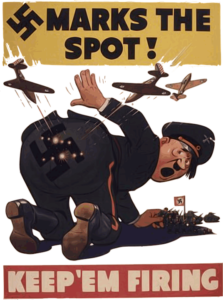 However, Adolf Hitler was not the first person to use this symbol. This symbol, in fact, was used as a positive and powerful symbol thousands of years before him, across many cultures and continents.

Spiritual Beginning for the Swastika

For many cultures such as the Hindus and Buddhists in India and other Asian countries, the Swastika was an important symbol for thousands of years, and, to this day, the symbol can still be seen at large on temples, buses, taxis, and on the cover of books. This symbol was also used in Ancient Greece and Rome and can be found in the remains of the ancient city of Troy, which existed 4,000 years ago. The ancient Druids and the Celts are among those who used the symbol, reflected in many artifacts that have been discovered. Moreover, it was used not only by Nordic tribes, but even early Christians used the Swastika as one of their symbols, including the Teutonic Knights, a German medieval military order, which became a purely religious Catholic Order. But the main question is, why is this symbol so important, and why did Adolf Hitler decide to use it?

Positive Days of the Swastika

The word ‘swastika’ originates from the Sanskrit word (‘svasktika’), meaning ‘It is,’ ‘Well Being,’ ‘Good Existence, and ‘Good Luck.’ In addition, the Swastika is also recognized by different names in different countries such as ‘Wan’ in China, ‘Manji’ in Japan, ‘Fylfot’ in England, ‘Hakenkreuz’ in Germany and ‘Tetraskelion’ or ‘Tetragammadion’ in Greece.

In 1979, a Sanskrit scholar P. R. Sarkar said that the deeper meaning of this word is ‘Permanent Victory.’ He also noted that, like any symbol, it could have positive and negative connotations depending on how it is drawn. According to that in Hinduism, the right-hand Swastika is a symbol of the God Vishnu and the Sun, while the left-hand Swastika is a symbol of Kali and Magic. The double meaning of symbols was not unusual in ancient traditions, like, for example, the symbol of the pentagram (five-pointed star), which is viewed as negative when pointing downwards, and positive when pointing upwards.

The earliest Swastika ever discovered was found in Mezine, Ukraine, carved on an ivory figurine, which dates back an incredible 12,000 years. One of the earliest cultures that are known to have used the Swastika was a Neolithic culture in Southern Europe, in the area that is now Serbia, Croatia, and Bosnia and Herzegovina, recognized as the Vinca Culture, which dates back around 8,000 years.

For the Buddhists, the Swastika is a symbol that stands for good fortune, prosperity, abundance, and eternity. More precisely, it is directly related to Buddha since it can be found carved on statues on the soles of his feet and his heart.  It is said that it contains Buddha’s mind.

The Swastika is also recognized as a symbol on the walls of the Christian catacombs in Rome, where the Swastika appears next to the words “ZOTIKO ZOTIKO,” which means “Life of Life.” Also, it can be seen on the window openings of the mysterious Lalibela Rock churches of Ethiopia and in various other churches around the world. One of the most prominent examples is the swastika mosaic on the floor in the christening chamber in a church in Ohrid, Republic of Macedonia.

The Swastika can be found in the Nordic Myths, where Odin is introduced as passing through space as a rotating disk or Swastika looking down through all worlds. The Swastika was used by the Navajos in North America. Pythagoras in ancient Greece used the Swastika under the name ‘Tetraktys,’ and it was a motif linking heaven and Earth, with the right arm pointing to sky and its left arm pointing to Earth.

The Phoenicians tended to use it as a symbol of the Sun, and it was a sacred symbol used by the priestesses.

Reasons why people get a swastika tattoo nowadays:

Even though the Swastika is often associated with the Nazi symbol in the West, many thousands of people are getting this symbol tattooed on their bodies for a much different reason. For instance, people are getting this symbol tattooed on them as a way to reclaim the Swastika to its former glory—changing the meaning of the motif from one of hate to its original form. One individual who had gotten a swastika as a means of reclaiming its unique symbolism was Monami Frost, a popular tattoo model, and influencer. However, despite still believing in the cause of transforming the Swastika—Frost covered her tattoo several years ago because of the hate she received for her ink.