Nowadays, for many people, the swastika is an association for fascism and Adolf Hitler. There are several people nowadays who know that this symbol was present on the Soviet money between the years 1917-1923. It also stood in a laurel wreath on the sleeves of the Red Army, during the same period. There were the letters R.S.F.S.R written inside, which were for the Russian Soviet Federative Socialist Republic. There is even an opinion that the swastika, as a party symbol, was personally shown to Hitler by J.V Stalin. This happened in the year 1920. There are a lot of inventions and legends revolving around this symbol. Because of that, we decided to present the oldest celestial cult symbol in more detail. 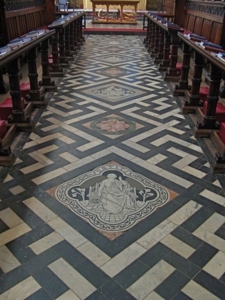 The swastika symbol has the shape of a cross with wrapped ends that go clockwise, or counterclockwise. As a rule, today all these symbols with one word are called Swastika. However, this is basically not true, because each swastika symbol has its name, protective force, and pictorial significance. During archaeological excavations, this symbol was frequently present on various architecture details, weapons, and military equipment in many in Euro-Asian nations.

This symbol is found everywhere in ornaments, as a sign of the Light, the Sun, and the Life. The oldest archaeological artifacts which present the swastika date back approximately from the 10 or 15 millennium BC.

According to the materials of the archaeological excavations, the richest territory in terms of the application of swastika is Russia. It uses is as a cultural and spiritual symbol. Neither Europe nor India can be compared to Russia, after the abundance of symbols, flags, folk costumes, houses, and temples.

Excavations of the ancient mounds and settlements speak to us individually. A very ancient Slavic city settlement had this shape and form which has its ends pointed to the four world corners. The sacred symbols found their uses since the time of the Great Scythian Kingdom.

The swastika and swastika symbols were the main ones. We can even say that they are one of the oldest Orthodox ornaments. The Slavs were great artists. First of all, they presented these symbols in many different ways. Moreover, in ancient times, no motive was applied simply because of decoration. Each elementary motive was suitable for a certain cult or protective significance.

The ancient Aryan cities were also built in accordance with the archaeological excavations.  Such a circular-swastika structure can be seen, for example, in the plan by which Arkaim or Venogard are built. But not only the Aryans and the Slavs believed in the magical power of the swastika motif. That symbol is also present on the clay elements of Samara (the territory of today’s Iraq), dating back to the fifth millennium BC.

In northeast Africa, archaeologists have found a tombstone, the Meroz kingdom in the second and third centuries of our era. The fresco on the tombstone depicts a woman who enters the afterlife, and her clothes have swastika decorations.

The included cross also decorates the gold weights for the scale belonging to the peoples Ashanti (Ghana). It also adorns the clay plants of the ancient Indians, and the beautiful rugs woven from the Persians and the Celts.

The swastika symbol had a protective role in all nations on the territory of Europe and Asia. Those nations are Macedonians, Slavs, Marines, Kurashi, Scythians, Sarmatians, Moravians, Udmurtia, Bashkirs, Chuvash, Hindus, Icelanders, Scots, Celts, and many others.

In many ancient beliefs and religions, the swastika appears as the most important cult symbol. Thus in the ancient Indian philosophy of Buddhism, the swastika is a symbol of the eternal circular movement of the Earth. It is the symbol of the Buddha’s law, which submits to everything that exists.

In Tibetan Lamaism, this is a protected symbol of happiness and talisman. In India and Tibet, swastikas are displayed everywhere: at the temple doors, in every apartment building, on fabrics containing excerpts of sacred texts, burial roofs, etc.

As a religious symbol, Swastika always found its use by followers of Hinduism, Jainism, and the Byzantine on the east. On the west, it was used by Druids in Ireland, Scotland and Scandinavia, and the representatives of the religious denominations in Europe and America.

The symbol is constantly present from ancient times to now. It is present in the ancient Macedonian coins too. It is even present on tombs’ decorations, on glasses, in churches, on the tombstones, and in folk costumes.

From all this, we can see that the swastika symbol has a reach history of uses, all over the world.