Home
Blog
Tattoo Art And The Risks Of The Practice: Part 3(The Regulations)

In the first two articles, we have discussed the first two subjects on the potential risks of the practice, and now we’ll talk about the regulations. The first one was a simple general description, and the second was ink related. This one will be simply called The Regulations.

Nobody can force you to get a tattoo. That’s one individual choice. For me, as a tattoo artist is essential to guide you through the whole process, and that includes the potential risks. Remember: Not all tattoo artists are good, and not all the tattoo equipment is professional and “clean.” That’s why we need regulations. 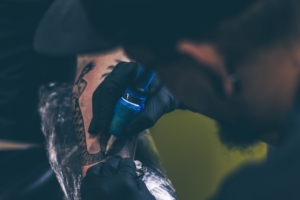 If you’re asking FDA for the health risks that are a result of the tattoo procedure, you will quickly see that everything is dark and pessimistic. They are willing to talk on this subject but without statistics and just sticking to the medical data.

But we all know that medical data is just “how many people ended up with a problem with tattoo procedure” without “how many people got a tattoo.” It’s a fact that if you do your tattoo in a dirty environment with contaminated instruments that the risk of an infection ill multiplied by 1000x.

The rules about tattoo ingredients are different in any country. There was a saying, “if you don’t know what ink to use, see which ones are legal in Germany.” That’s because German laws about the fluid that are used on the skin (and entering bloodstream) are one of the strictest in the world. I have seen a couple of different colors that were allowed in the states and some of the countries of the European Union, but they were still banned in Germany. Of course, that’s not enough, but its a good start.

Now the authorities are using strange kinds of mathematics when they are trying to” red flag” the tattoo community. For example, there was an article where some doctors said he had treated around 320 patients with tattoo-related complications per year. 320?! If you use simple mathematics, it’s going to be clear that the number of the people who got a tattoo (per year) and the number of the people who ended up with a complication are not accountable because the percentage is so small that we can discard it as irrelevant.

They (the FDA) say that we got two kinds of complications. First is an infection, and the second is an allergic reaction. 99% of the infections are not ink related. They are directly caused by unprofessional work combined with unsterilized equipment (workspace) and lack of aftercare by the client. The second kind of complication includes allergic reactions, hypersensitivity, and an autoimmune reaction of the body. Sometimes the cause of the second kind of difficulties can be the inks, but somet5imes it can be triggered by the secondary additives and fluids that we are using during the tattoo procedure.

Information about the ingredients used in tattoo ink is essential. That will lead the way to proper regulations and rules, and that will lead to minimizing the health risks. I mean, let’s be honest if you’re reading the table of contents of your medication, food, or cosmetics that you would be interested in that table regarding your tattoo inks (equipment). We all need better and more open tattoo inks (fluids, materials) regulation.

It’s good for us to tattoo artists, and it’s good for our clients. It is minimizing the risks if priority no.1. I’m saying reducing and not eliminating because I’m entirely sure that it’s not achievable. Industries that are a lot bigger than the tattoo industry didn’t succeed in doing that. 99% of the things that we consume or we are using on our skin have “possible side effects” in their table of content.

This subject is opened and elaborated in the last 10-15 years intensively. Why not before? Maybe because this “tattoo blooming” is on not for more than two decades. Perhaps is because authorities are seeing this industry as fast-growing and they want their piece of the cake through new regulation and rules that somebody is got to pay for? I don’t know, but I can only assume. The time will tell.

Until then think before you ink

Cartoon character tattoos are always in trend, and