Who were the Vikings? The Vikings were the groups of warriors whose origin is 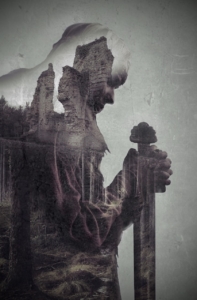 from Scandinavian countries such as Norway, Denmark, and Sweden between 700 – 1100 AD (Viking age). Their primary purpose was to raid and settle in Europe, Asia, and North Atlantic. These fearsome warriors were famous for their sailing and navigational skills. The name ‘Viking’ originates from a language called ‘Old Norse’ which means ‘Pirate Raid.’ Vikings used to sail in their longboats and raid the coasts of Britain and nor-west of France for centuries.

Did Vikings have Tattoos?

According to history, the Vikings were covered in tattoos from the tips of their fingers to their necks. Viking tattoos have consisted of ancient Norse symbols, various knot patterns, or dark green symbols of trees. No one can say for certain that the symbols or the patterns or designs that the Vikings used to use for their tattoos, but they would likely have used symbols from Norse mythology and the ancient designs that were included in their artworks on the pieces of jewelry, carvings on bones, boats and other artifacts.

Popular Vikings Tattoo Designs and the meanings of Viking symbols

Aegishjalmur – The Helm of Awe

The Norse word Aegishjalmr/Aegishjalmur/Ægishjálmr is pronounced “eye-gish-hiowlm-er” and means The Helm of Awe or The Helm of Terror. Aegishjalmur is considered to be a magic rune and the most powerful symbol in Norse mythology. The symbol stands for protection. Aegishjalmur is created out of protection runes rotated around a circle, so it is also called the circle of protection. Many Viking warriors tended to paint, tattoo, or crave this symbol on their forehead between the eyes or arms before going into a battle believing that it will protect them or make then invincible and cause fear into the heart of their enemies.

The Valknut is considered to be a mysterious Norse symbol consisting of three interlocking triangles. The word Valknut originates from the Norse phrase valr “slain warriors” and knut “knot.” According to the archaeological discovery, the symbol was found on several rune-stones and carved on various objects found in Viking ship burials, and that is why it is often associated with the idea of death in a battle and symbol of Odin in Norse mythology. The Valknut is also recognized as Hrungnir’s heart, the knot of the slain warriors and Heart of Vala.

The Horn Triskelion – The Triple Horns of Odin

Troll cross is a bent piece of iron worn as an amulet by the Scandinavian people that was used for protection from black magic and trolls.

Yggdrasil – The Tree of Life

According to Norse Mythology, Vegvisir represents a magic stave that helps the bearer to find his way through the storm and bad weather. In Icelandic language, Vegvisir means way-finder. It is also recognized as a Viking compass that is made of eight rune staves. It is the symbol of Protection and Guidance, so people tattoo this symbol as a reminder not to lose their path in life.

Gungnir – The Magical Spear of Odin

Gungnir stands for the powerful magical spare of Odin and also referred spear of heaven in the Norse Mythology. It means “Swaying One.”

The Web of Wyrd – The Matrix of Fate

The web of wyrd, also recognized as Skuld’s net, is the Norse matrix of fate. This net was supposedly woven by the Norns. The Norns were considered to be the Shapers of Destiny (or the fates) in the Viking mythology. The emblem is consists of nine staves arranged in an angular grid, contains all of the shapes of the runes, and represents all the possibilities of the past, present, and future.  The web of wyrd represents a reminder that the actions of the past directly influence the present, and the current actions affect the future; all timelines are inextricably interconnected.