Home
Blog
Tattoos and Religion Part 1: Are Tattoos Allowed In The Islamic Religion?

If we are to prohibit anything besides what God gave us, we would be setting up some other sources besides the scripture of God and hence fall into the category of idol worship. Traditionalists prohibit a lot of things, which include growing the nails, wearing wigs, tattoos, piercing, and so on. Many people would start asking why they are prohibited. However, we cannot find anything in the infallible scripture of God and religion that prohibits such things and actions.

A tattoo can be a quite beautiful and attractive expression of belief and personality. Tattoos can showcase a facet of our personality or tell the story of our past. Tattoo artists constantly push the limits of tattoo designs, and now that long-term temporary tattoos are available, there are endless options for even the most indecisive tattoo lovers.

However, are they compatible with their religion? Much is known about the foundation of the Islamic religion and the life and teachings of the Prophet Mohammed. 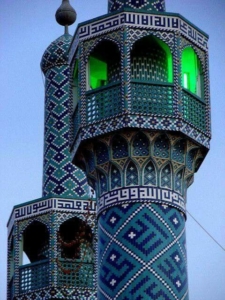 Islamic law is specific when it comes to several life aspects, even though there are still a vast amount of interpretations. So, this will raise the question: Are tattoos allowed, or are they forbidden in the Islamic religion?

As with a lot of aspects of everyday life, we may find differing opinions among Muslims on the topic of tattoos. Most of them consider permanent tattoos to be haram, meaning forbidden, based on oral traditions of the Prophet Mohammed. The details proved in the oral tradition help to understand the traditions which are relevant to tattoos and other forms of body art.

Most Muslim scholars wrote about permanent tattoos saying that they are forbidden, although they are not even mentioned in the Qur’an. A lot of devout Muslims determine tattoos entirely fine and go ahead with their own. But, the intentional infliction of pain on the body is forbidden by Islamic law. In that way, a lot of Muslims consider tattoos and also piercing out of the question.

Tattoos alert the creation of God, and that is strictly forbidden in the Islamic religion. According to the oral tradition of Mohammed, he declared that the one that gives tattoos and the one that receives them was cursed.

Although the reasons for this prohibition were not mentioned anywhere in the written tradition, scholars have outlined several possibilities and arguments, such as the following:

There is no clear consensus on this matter. While some very strict interpreters of the oral tradition of the saying and teaching of the Prophet Mohammed do not accept temporary tattoos, as well as self-alteration of any kind, the skin dying is practiced by a wide portion of the Muslim community.

The cultures of a lot of predominantly Muslim areas still maintain their long-standing traditions of using Henna dye, which is derived from the Henna tree, in order to temporarily dye the skin of a woman for special occasions and celebrations. As the Henna dying happened freely in the time of the Prophet Mohammed, it is believed to be exempt from bans on long-term self-alteration.

Does this mean that temporary tattoos are allowed? A lot of adherents to the Islamic religion would say that they are, with even conservative scholars of Islam stating that practices which are similar to Henna like ink-box tattoos are permissible.

Similar to the Henna dying, the ink-box does not block or create a layer which is impermeable, in that way still allowing water to reach the skin at the time of the Wudu and Ghusl.

Muslim people only pray when they are in a ritual state of purity, free from physical impurities or uncleanliness. To this end, the Wudu or ritual ablutions are needed before each formal prayer if one is to be in a state of purity.

At the time of ablution, Muslims wash the parts of their body, which are generally exposed to grime and dirt. The presence of permanent tattoos does not invalidate the Wudu of a person, as the tattoo is actually under the skin and does not prevent water from reaching the skin, as we already mentioned.

Non-permanent tattoos like Henna stains or also stick-on tattoos are generally allowed, according to the scholars in Islam, as they do not contain any inappropriate images.

In addition to this, all of the person’s prior actions are forgiven once he or she has converted and fully embraced Islam; hence if you had a tattoo before becoming a Muslim means that you are not required to remove it.

So if you are thinking of getting a temporary tattoo, you should follow several guidelines to make sure you will not be judged after that. Depictions of people or animals are forbidden in tattoos or any impure images depiction too. The tattoo or the dye has to be applied and revealed in a way that is consistent with the rest of the Islamic law.