Home
Blog
The God of the Romans, Bacchus, Represented in Tattoo Art and Culture

The god of the grape harvest and wine, ritual madness, as well as fertility, theater, and celebration, is known as Dionysus to the Greeks and Bacchus to the Romans. He may have some even deeper roots in earlier nature religions. He usually took on an animal shape, but in early art, he was most of the time represented as a bearded man. The earliest artwork that portraited Dionysus was a mature male, bearded, and robed. His attributes were an ivy wreath and a large two-handled goblet.

As we already said, the name Bacchus was adopted by the Romans, and the frenzy he induces is bakkheia. His thyrsus, which is sometimes wound with ivy and dripping honey, is both a beneficent wand and a weapon which is used to destroy those that oppose his cult and the freedoms that he represents. His wine, as well as his music and ecstatic dance, free his followers from self-conscious fear and care and subvert the oppressive restraints of the powerful. Those that partake of his mysteries are possessed, as well as empowered by the god himself. 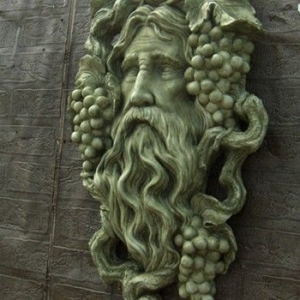 Bacchus was the child of Jupiter, or he goes by his Greek name is Zeus, and Semele, a human that Juno, whose Greek name is Hera. Because she was a mortal, she was burned up by the sight of Jupiter in his heavenly form. So, Jupiter sewed in infant Bacchus into his thing and gave birth to him after nine months. When he was a child, Bacchus was tutored by Silenus, a greater lover of wine and who usually had to be carried on the back of a donkey. Before taking his place at Olympus, Bacchus walked around the world for a lot of years, going as far as India, in order to teach people how to grow vines.

Unlike the other gods, Bacchus existed to his believers not only outside them but also within. They also believed that under the influence of wine, one could feel possessed by a greater power, as well as perform greater feats. Even though classical imagery is not especially widespread in tattoo design, it is certainly done, as it is the case of Bacchus.