It has been estimated that roughly twenty-five percent of all tattoos utilize animals. These animal tattoos become a way for us to express emotions, feelings, instincts, and even past and present experiences. Although what individuals associated with a particular animal has a great deal to do with the symbolic meaning that they personally ascribe to it, many animal images seem to speak directly about ferocity or grace, swiftness or strength, purity or poison, based mostly on the common perceptions that we have of them. Animal symbolism is among the most ancient of the representational tattoo.

Since time immemorial, animals have served as harbingers of personality traits we, as humans, all aspire to achieve.  Animals are powerful symbols in our spiritual toolbox. Native American animal totems most commonly come to mind when discussing this topic, animal signs are found throughout all cultures spanning the globe.

Animals can create our visions of how our lives could be if we lived more simply. From that point of view,  animal tattoos and totems in our lives affirm our spiritual goals. By focusing on the attributes of our totems, we internalize these traits, and that is how we begin to externalize the very character we absorb from our totems. 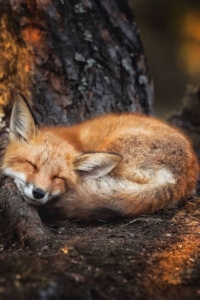 These are critters who are mostly found hanging out on the land. As land creatures, these babies talk to us about what is foundational in our lives. This list of animals will speak to us in terms of what anchors us, such as Home, Family, Work…elements that are essential to the nature comforts’ of our lives.

These are critters who are mostly found hanging out with marshes, seas, lakes, ponds, etc. As water creatures, these lovelies speak to us about what is churning within our emotions. These water babies tend to lend us understanding when it comes to our dreams and intuitions. Consider – water is an unknown quantity. We can see what is above the surface, but we’re rather clueless as to what is mustering below. That means water creatures will help us understand some unknown/unseen or murky elements in our lives

These are critters who are mostly found caught up in the clouds. These creatures live in an ephemeral, dreamy realm. Think about it: Unless they are touching the ground, or nesting, our creatures of the air are consistently in a state of intangibly, airy bliss. These air babies tend to lend us understanding when it comes to our communication. Our air creatures are superior messengers. Why do you think a dove was selected to bring Noah the big news about the Earth’s condition (according to Biblical text)? So, we can ask ourselves, why are so many birds the icon of so many nations? It’s because the beasties of the air represent infinite potential. They bring us news of a certain type that is both reliable and remarkable.

These are creatures who are snuggled up in the Earth or even in wet bogs. We’re talking about nitty-gritty critters here. Amphibians and reptiles are all about sensory perception. They reverberate to the energy of awareness, being alert, and taking care of business. What’s more, these creatures take care of their business in short order. In essence, these creatures help us understand our primal instincts. They also guide us in obtaining our goals on the straightest path of least resistance.

Many animals hold a special place in our personal lives and cultures. They’re a significant part of our modern life, and they have been connected to the human race for thousands of years.