Home
Blog
Vecna: The Ultimate Villain From Board Games To The Tv Shows

The Whispered One, known as Vecna the Undying King, the Lord of the Rotted Tower, is a strong, powerful, mortal-born who achieved godhood.

When Vecna was reborn, he was shown as the skeletal shell of a man in long ripped red, purple, and black robes. His skin was eroded and decayed against his skeletal frame. There was not a single hair on his freckled head. His cheeks were sunken around his rotten teeth in a terrible, almost frozen grin. His left hand was torn, and instead of his left eye would be was just an empty socket constantly beaming sickly green magical energy upwards. When he later appeared in angelic form, he wore beautiful velvet robes with gold trim and adorned himself with different lavish jewelry. His right eye was a pale blue color.

After he ascended, Vecna was completely physically transformed. He had become huge, with screaming souls intertwined around his limbs. The left eye was almost blindingly bright. His left hand was recovered, which pulsed with the same green light as the eye socket. His ribcage also glowed from within with sickly green light.

Vecna was ambitious, arrogant, and egotistical. From the start of his attempted rise, he maintained a confident and condescending appearance, believing he was already a winner. Vecna treated those beneath him as irrelevant mortals or pests way too trivial to worry about. He proved he could be calculating, cold, and ruthless when it suited him, able to manipulate people’s greatest fears to his favor and enjoy it.

Vecna was later considered a “lower” deity or “patron saint” of dark, coveted secrets, and this belief and worship lent him a new power.

The Hand of Vecna granted him many benefits while attuned to it. When Vecna attacked with that hand, he dealt substantially more damage and had the power to paralyze those he struck. Vecna possessed tremendous strength and capabilities, including the ability to paralyze others with his touch. He could cast various powerful spells and change reality at will. He was immune to diseases, mind-controlling powers, and other debilitating effects. His mind perception extended far beyond that of mortal beings, up to a range of 10 mi (16 km), and he could similarly perceive anything within the same degree as any of his followers. He could also feel when someone uncovered, disclosed, or otherwise wrote down any secret that contained information that could affect him.

We should note that a good part of the Stranger Things storyline is inspired by Dungeons and Dragons (D&D), as many creatures they face are similar to the creatures in the game. Vecna is the newest D&D character to make its way to Stranger Things as he torments the town of Hawkins. Now, let’s talk more about Vecna and what he is based on, although we have covered some of that topic in the first part of this article.

Stranger Things (ST) keeps adding to what has already been a great storyline for four excellent seasons. Every season adds more twists and big evil enemies that end up torturing the small town of Hawkins, Indiana. We thought that the danger was already over and out when Eleven used (sacrificed) her powers to seal the passage to the Upside Down during the previous season’s finale. Things aren’t exactly what they appear to be.

In season 4, we are introduced quite early to a new big evil villain that torments the people of Hawkins. This creature named Vecna made his ST debut. He was first acknowledged by name when the Hellfire (Dungeons and Dragons club), led by Eddie Munson, played a game that entangled the D&D counterpart of Vecna.

As the series evolved, it began to look like Vecna was an actual villain in Stranger Things. That was especially noted after he tortured and killed Chrissy (The cheerleader), whose death started the entire story and led to Eddie becoming the prime suspect for her torture and eventually murder. During the whole series, Vecna intimidated the teenagers of Hawkins and even went on to torture and torment Max, who he almost killed.

It was explained in the show’s second episode that Vecna is a creature that originates from Upside Down and is an undead spellcaster, a wizard of serious immense power. Max, Dustin, Lucas, and the others are now forced to team up together in the hopes of discovering a way to stop Vecna. At the same time, they were doing that and needed to figure out a way to clear Eddie’s name of the vicious murders that Vecna had been executing.

Vecna killed Fred and one of the basketball team members, and he nearly killed Max as well. It was pretty much clear that Vecna preyed on young teenagers suffering from distressed, traumatic pasts that they wanted to move on from. Fred suffered from a time in his past when he was involved in an accident that ended up with a dead person. Max was suffering from her guilt of being unable to save her brother Billy. She was also suffering from her brother bulling her when he was alive.

Vecna’s primary goal is to suck out the life force of the teenagers he preys on so that he can become stronger. His activities are dated back to the 50s when Victor Creel and his family were one of Vecna’s first victims as soon as they moved into a new house. This house had a gate that led to the Upside Down. 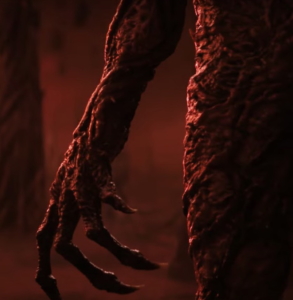 Later was revealed that Creel’s son was Vecna and had managed to use his psychic powers in a dangerous manner as he was responsible for killing his mother and sister and for his father’s imprisonment. He was also the Number One in the experimental lab where Eleven grew up. He was the person who killed everyone in the lab but was defeated by Eleven. She sent him to the Upside Down using her powers until the other dimension embraced him and turned him into the monster we now know as Vecna.

Vecna is a psychological torment that preys on the person’s psyche. He is unlike any of the other villains we have seen on the show because the “style” he uses to kill is very different, as he kills his victims from the other side. He is the most dangerous villain in Stranger Things yet.

As one of the major villains in the history of Dungeons and Dragons, Vecna is a powerful wizard with many different abilities that allow him to create visions, alter reality, and paralyze others with a mere touch to sense the feelings and thoughts of other people. Because of that, Vecna is the most powerful villain in D&D history or is at least right at the top with the other powerful villains in the game’s background.

Ultimately, we can say that Vecna has many things in common with Freddy Krueger, the creature that killed victims in their dreams. Vecna did so while his victims were still awake. He used their traumas from the past against them so that he could create traps for his victims in a trance-like state. Then he would take their consciousness to the Upside Down, where he would kill them and suck up their life force to upgrade his power.

As a tattoo design, this is a versatile motif. There are so many angles that we can cover with this character, from victim to villain, enemy, or friend. Everything depends on your story or the story that you want to tell. Technically this is a demanding design that will require a skilled artist to perform at a high level. Different styles are also available. Just let there be strong and meaningful symbolism in your design, and you’re set to (buzz) go.