Hebrew is the language spoken by people of Israel and used in the Jewish faith. It is considered to be a holy language that has survived that test of time. It’s still spoken even nowadays in a modern form. The most basic inscriptions of the language 2000 years old and are associated with the reigns of the ancient Kings of Israel, King David, and King Solomon. Because Hebrew is the original language of the ancient religious text of Judaism the Torah, numerous phrases and words are used in the world of tattoos to symbolize an individual’s personal and sacred faith. Hebrew language tattoos are often combined with Jewish iconography, most generally the six-pointed Star of David. It is also known that Christians use the Hebrew language as The Old Testament, the first 49 books of the Bible, originates from the Hebrew Bible.

As previously said, very often, simple words or short phrases are used for Hebrew designs. Terms, that when translated, mean love, peace, joy, and God, are often used in tattoo designs. Since the written form of the language is beautiful and intricate on its own, other images or details are rarely used. Still, to create a fuller picture, enhancing the inscription, simple line work can be added. If someone wants larger tattoos, passages from the Torah, the Hebrew Bible, or the Old Testament can be used. The most popularly used phase for a matching couple’s tattoo is “I am my beloved’s, and my beloved is mine,” taken from the book Song of Songs or the final book of the Hebrew Bible. In reality, any phrase can be made and translated into Hebrew to create an outstanding design. However, to honor the ancient language, the phrase should be an indication of the sacred books or people that it represents. It is also possible for names to be translated into Hebrew and serve as a symbol of the individual’s devotion to a loved one. Children, parents, partners, or other family members are most often honored in this way.

Hebrew tattoo designs are trendy, and that is the particular reason why there is a whole range of options for people to choose from.

Since the ancient days, the menorah has been considered as a symbol for the Jewish people. This symbol is a seven-branched candle that is made of gold. It is believed that it was placed in the transportable sanctuary by Moses. Thanks to its holy nature, only the purest of olive oil was used for its burning. When referring to the Talmud, only the center light is left to burn all day. They would put enough oil in there so it would last the longest even though it was lit first.

We are free to say that the Star of David is one of the most well-known symbols in the Jewish community. For those who have Hebrew ancestry and speak the language couldn’t pick a more powerful symbol. The Star of David is formed like a hexagram and made of two equilateral triangles. This symbol was originally used in the 17th century, but it is possible to find traces of it going back to the 14th century. This symbol appears in a large number of Hebrew texts. The Star of David tattoo is a great way to show you how proud you are to have a Hebrew ancestry. 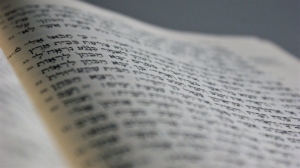 This is also recognized as the hamsa hand, and the hamesh hand tattoo is another popular symbol for anyone interested in getting as a Hebrew tattoo. Not only is it a popular symbol for tattooing, but you will often find this symbol as part of jewelry. The hamesh hand is believed to be a protector against the evil eye, which is a well-known superstition among Jewish people.

The dreidel, also known as ‘Sevivion’ in Hebrew, is a very popular Jewish symbol that has a connection with the Hanukkah celebration. The dreidel represents a spinning top with four sides commonly used for gambling, but children also use it in playing while they trade coins, candy, chocolate, and other things of that nature. The four letters on the dreidel stand for an acronym or a phrase that means ‘a great miracle happened there.’ The dreidel is a perfect choice for a Hebrew tattoo.

The mezuzah includes a handwritten scroll with Shema inscribed on it. The mezuzah has two parts. You’ve got the container itself and then the Klaf (parchment) where the Shema is emblazoned. To get the mezuzah tattooed on your body doesn’t signify a good luck charm but more of a reminder to follow God’s command.

While there are so many other symbols that could be considered a Hebrew tattoo, these are some of the most popular and look great when inked on the skin. Before you decide to get a Hebrew tattoo, you need to gather enough information about the meaning and be certain that the design you’ve chosen is the one for you.