Home
Blog
Tattoos and Religion Part 2: What Does The Bible Say About Tattoos?

A lot of Christian believers probably ask themselves or others if it is a sin to get a tattoo. Well, this depends on who they ask. There are some Christians that believe it is a sin. One verse in the Bible confirms that is Leviticus 19:28, which says: ”You shall not make any cuttings in your flesh for the dead, nor tattoo any marks on you: I am the Lord.” So, why is this verse in our Bible?

The desire of God is for His people to be set apart from some other religious practices, such as pagan worship and sorcery. Looking at the verse in context, we can see that it is specifically dealing with some pagan religious rituals.

However, does this verse have any relevance for people today? It has. Anyone that gets a tattoo has to ask himself or herself why they get the tattoo and what is the meaning of that tattoo. They should also think whether the tattoo is an expression of witchcraft, pagan symbolism, or worship. 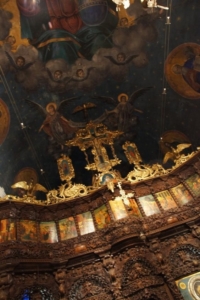 Tattoos are very popular in the world, now more than ever. The number of people with tattoos increased dramatically in the last several years. Tattoos are not only for delinquents or rebels anymore. The edginess of rebellion, which is historically connected with tattoos, starts wearing off.

The New Testament does not just say anything about whether or not a believer in Jesus Christ can get a tattoo or not. Hence, we cannot say that getting a tattoo is a sin. Because of the silence of Scripture, getting inked falls under the category of a ‘gray area,’ and the believers have to follow their convictions in the matter, respecting the ones that have different convictions.

A lot of Christians struggle with the question of whether tattoos are allowed or not. Many of them believe that tattoos fall into the category of ‘disputable matters’ where the Bible is not clear.

The passage in Leviticus, including some surrounding texts, is particularly dealing with pagan religious rituals of those people that live around Israelites. The desire of God, just like we said before, is to set his people apart from other cultures. The focus here prohibits worldly and pagan worship, as well as witchcraft. God forbids his holy people to engage in idolatrous and pagan worship and sorcery, which imitate the heathens. Also, he does this out of protection, as he knows that this is going to lead them away from the one true God.

However, it is said that the belief that it is not forbidding all expressions of tattoos. Culturally, as well as specifically, the US tattoos, over the last 20 years, have become more socially acceptable.

Moreover, in some churches, seeing people with tattoos is quite normal. Not everyone has them, and there is no judgment of one another, tattoo or not. There is a belief that God is much more concerned with people’s hearts than he is with the outside appearance of a person.

After all, the Bible says in Revelation 19:16 that Jesus has a tattoo on His thigh, and He has one His robe and on His thing, a name written, saying KING OF KINGS AND LORD OF LORDS.

Here are several biblical principles that people may apply to get a tattoo:

So, one important question is still there: Is getting a tattoo a form of pagan, worldly worship still forbidden by God today? The answer can be yes and no, because some consider it as a sin, while others believe that it has nothing to do with religion. It all comes down to personal conviction, and we have never to try to push our convictions on other people. Ultimately, the decision is going to be between God and us.