There are lots of memorable quotes or ideas taken from the movies. There is one phrase/song in particular that touched most people that heard it. This phrase and song are taken from the movie called The Lion King. You can even listen to it today because the idea was so influential. Hakuna Matata tattoos are really popular.  The reason for that is because people love the simple yet powerful meanings that those words have. Moreover, there are multiple designs to choose from. This is a type of tattoo that can be tattooed in any size and can go anywhere on your body.

This phrase became infinitely popular by the Disney film, The Lion King. The phrase “Hakuna Matata” is taken from Swahili, a language of the southeastern African people. When translated, this phrase means “no worries” though “there are no problems” is also a suitable translation. This is based on the use of the phrase.

Even though the phrase was used and popularized by African musicians before the release of The Lion King, it gained more popularity after the movie’s release. Both kids and adults are saying or singing the Hakuna Matata phrase ever since. The reason for that is because the meaning is included in the song, and it often makes sense to say the words.

Below are a few different ideas of how the Hakuna Matata phrase can be tattooed on the body. Of course, you are free to choose your own Hakuna tattoo design.

A Hakuna Matata symbol, which is similar to a decorated treble clef and the infinity sign, is sometimes used with or without the words added. However, the origins of this symbol are unclear. Lots of people have assumed that it is a Swahili symbol for the words. However, it seems to have come straight from the movie. No matter what, this is a unique symbol, which is why you know precisely what you’re looking at when someone has this Hakuna Matata tattoo design tattooed.

Since this phrase is taken from the Lion King movie, frequently, images from the film are combined with this tattoo. These images are mostly taken from the scenes that involve the Hakuna Matata song. The main characters Timon, Pumba, and Simba can be included in any way, though their silhouettes, walking together in a line, are usually used as it draws directly from the film.

One less popular Hakuna Matata tattoo is the one where Simba’s body is made from the words. Hakuna is typically inked on the upper part of the body while the lower body and legs are inked with “Matata.” Usually, these words are done in black and grey, but they can be made in color if done by a skillful tattoo artist. 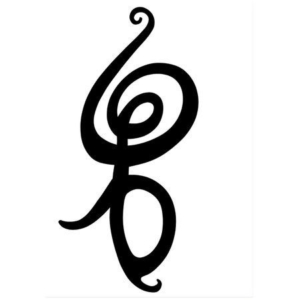 A sunset palate is often included as well. Rafiki’s hand drawing the image of Simba as a lion cub is another frequently seen symbol of the film. This is another simple design that holds a lot of meaning to people. At times, it is just the outline of Simba. In some designs, orange, yellow, and black sunset colors are used both inside and outside of his body.

The phrase fits perfectly with the infinity symbol, becoming part of figure eight and symbolizing a serenity that is carried through a lifetime. In this tattoo, the words can be divided to form two infinity signs, or any other symbols or pictures, and placed on the wrists, ankles, or another spot that resembles duality. This tattoo can be used as a friendship tattoo shared by two people. This is another possible way that people can incorporate other images into their Hakuna Matata tattoos. For instance, the words can be the fundamental part of the infinity symbol, and then birds make up the rest of it.

The simplest way to get this phrase tattooed on your body is to spell the two words out in a design that you enjoy. There is one popular font used for these words, called Waltograph. This is the same font used to spell out “Disney” before every movie. This style is perfect since when you see it, it will bring back those warm memories of Disney movies that preceded the Lion King.

Hakuna Matata can also be designed into an ambigram where “Hakuna” is read one way, and “Matata” is read the other. In this tattoo, the letters have to be drawn in a certain way to make them work as two. This looks great when done correctly.

With this tattoo, you are free to use all variations, but you have to make sure you know what style you want to get before you get it done. It would be best if you had a skillful artist that can do the work in the manner of your choice. You don’t need a watercolor tattoo artist for a realism piece. You have to keep this in focus when you are searching for the right tattoo artists.