There is no human being in this world that cannot recognize the shape and form of a square when he/she sees it. Despite this fact, people are not aware of how much symbolism these shapes can hold as tattoo designs. There are several possible meanings that people who wish to get the square as a tattoo design can use. Just like in the case with almost every tattoo, the square can have special meanings based on the look of the shape and the lifestyle of the owner. When you see a square tattoo, you cannot say with certainty that the primary meanings attached to this kind of tattoo are the ones that the owner used. This is the reason why you should research all the meanings that can be used before you decide to get this kind of a tattoo. 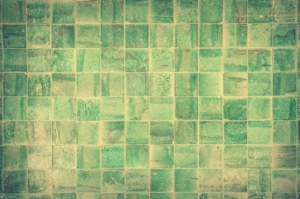 These tattoo designs are the perfect choice for people who always stay grounded and stick to the fundamental way of living. This is recognized as the most important and most popular of all the square tattoo meanings out there since there are a lot of people who get lost in the fast tempo, we live in and want that permanent reminder never to get overwhelmed.
Correspondingly, there are some people who decide to get this kind of a tattoo to reveal to the world that they take a lot of pride in how organized their lives are. This is a perfect meaning for anyone that wants to focus on essential things in life without being bogged down by or confused by too many outside forces.

An additional square tattoo, meaning that is also very popular, is the community. This is not an excellent meaning to use if you are independent and want to work alone. However, most other people consider this as a significant meaning to attach to their square tattoos. This is an especially great design for those people who enjoy bringing people together.

The square as a symbol is highly relevant in the Islamic religion. In this religion, this design is considered as the heart and everything that the heart itself symbolizes. Each of the four corners represents different aspects of a person’s consciousness.
Different than those squares used in other cultures, the Islamic square does not necessarily have to be fancy nor have any other specific images related to it. It can be a simple design and still hold the same meanings as any other square. Some people might decide to combine it with different designs, while others will get four simple lines.

Even though all the cultures in the world, represent the universe as having a circular shape, for Hindus, the final shape is that of a square. This is the main reason why there are so many Hindu designs that include the square, even those that appear to have nothing to do with the universe of spirituality.
Just like in the case with the Islamic design, the Hindu square, can appear in many forms. Some people prefer to incorporate images of each of the seasons to make the meaning clearer. Other people decide to get one or more squares added onto a simply more extensive design to make sure that they do incorporate those very important meanings in their tattoos.

There is no surprise in the fact that Native Americans have a long history with the square shape. This is why there are so many past and present designs that incorporate the shape. There are some designs where only the square is used, but at the same time, there are others where this symbol is used in combination with other symbols to give a more definitive and specific meaning. If you are a person with Native American origin or you purely love the look of Native American tattoos, you might find that this motif is just the thing you need in your tattoo that makes you love it even more.
Very often, the meaning of the Native American square tattoo comes from the image that is enclosed inside of the square. No matter what is the thing that is included inside of the square, it is highly essential to the owner. There are a lot of cases when people first decide to get a design that is empty inside and later choose to fill it in with a special event that happened, or they find something that they want to devote their lives to.

The thing that is best about these tattoos are the fact that almost every meaning can be used no matter which design of it you choose. Some of them can fit only with specific designs, but for the most part, you can use any of the meanings previously mentioned if they make sense for you, or you want to represent just that when getting a square tattoo.

Polynesian and Hawaiian tattoos seem to be very