One of the fascinating symbols that we are all familiar with is the XO symbol. We all know what this symbol means, or at least we have an idea. People tend to use the XO as symbols of love and happiness. In reality, there are a lot of other meanings that people often attach to this symbol.

The XO symbol turned out to be a popular image to be tattooed. This is because people want smaller tattoos that hold deep meaning. The best thing about a tattoo of this size is that no matter what your profession is, you can hide or show off this tattoo as you like. The XO tattoo is a kind of tattoo that might lead to some questions. But that is the fun thing about tattoos; it starts the conversation that comes from curiosity.

Most often, when people see the XO, they immediately think of hugs and kisses. This makes us wonder where this idea comes from. 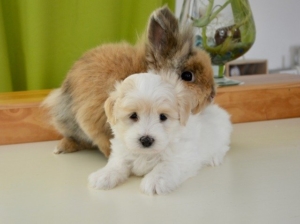 According to the researches done by Marcel Danesi, a professor of semiotics and linguistic anthropology at the University of Toronto, nobody kept notes on why the symbols were used to express love or hugs and kisses. Still, they just started using them in letters.

The “X” stands for kisses. In the study done for his book on the history of kissing, Danesi studied the X and discovered that since medieval times the X was used for correspondence. Initially, the X was used to symbolize Christ but later evolved into what we know of it today and the kiss.

The reason for this usage of the X probably comes as a result of a shift in culture, which puts more stress on love and affection. During that time, women were starting to realize that they had a bigger worth than just being given away to a man. They wanted to have their right in the decision of their destinies. After that, people started to realize that there was nothing wrong with falling in love before getting married and sending love letters as part of the process.

The O is said to represent hugs. It was believed that people used the O because it was easy to write it with the X, and many didn’t know how to read back then. During that time, tic-tac-toe was a popular game, so the X and O have long been linked to each other. This proves that before 1960 there wasn’t much evidence to illustrate that an O symbolized a hug.

Despite the way it started, the O became the universal symbol that stands for a hug. According to an additional idea, when you step inside of a circle, it envelops you and forms a circle around you in the same manner as your arms form a circle around someone when you hug them. The hug fits perfectly with the kiss. The link between X and O in tic-tac-toe is another reason. These symbols were meant to be together.

In a darker sense, some people believe that the XO symbol is associated with the occult and Illuminati. In Kenneth Grant’s book, Aleister Crowley and the Hidden God, tell the story of Nodens, the lightning war god. The story of the book is about Norden’s sigil’s heart is the same as the Mark of the Beast. It stands for a combination of the X and the O, which then created the flash of lightning from the depths. It claims that the act of coming together of the X and O like the phallus and vagina initiated the beginning of the goddess. It also discusses how many stars use the X and O to initiate the goddess Isis and trust she will fulfill all their wishes for evoking her.

There are other explanations about the meaning of the XO symbol, but the XO tattoo meaning revolves around love and affection.

There are plenty of designs that people can choose from when it comes to a XO tattoo. Below are only some of the most popular designs of the XO tattoo.

The XO, as a matching tattoo for couples, is a perfect pairing tattoo that represents the loved one has for another. Sometimes, both partners will have the same XO symbols tattoo, but, in some cases, one partner will have the X while the other has the O tattooed on their body.

When the XO tattoo is combined with a heart that is a perfect symbol that reinforces what this tattoo is all about. If you didn’t know what the XO stands for or thought it might have represented something a bit darker, the heart would clear all that confusion. The heart is the key part that reveals to other people that your XO tattoo stands for love.

There are all kinds of birds in this