Wicca is a neo-pagan, as well as eclectic witchcraft religion. Wiccan is a religion that centers on Nature, and it exists without any structured clergy, though there are priests and priestesses in high positions. The Wicca venerates a Triple Goddess, related to the Moon, the planet Earth, and also the stars, and also adores an Honored God, related to the Sun, the animals, and the forests too.

These are seen as the corresponding polarities found in the Universe, which are in harmony with one another and are believed to embody the life-force which is manifested in Nature.

Wiccan religion considers all life as sacred – human, animal, and plant, and their practices involve rituals that are conducted in order to manipulate Nature to attain love, power, prestige, and some other desires. Such ceremonies make use of some symbols. 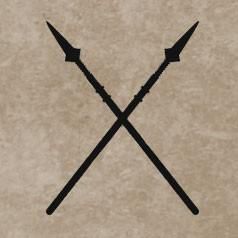 Here are the ten most common symbols used in Wiccan practices and other forms of Paganism today:

The star in this symbol is utilized to represent the four classical elements of earth, water, air, and fire, plus spirit. A circle is then placed around them to symbolize the connection, as well as a reciprocal relationship between them all. The pentacle is sometimes used on altars or magical work, to symbolize the element of earth.

The pentacle represents many things, such as creation, the perfection of the human body, and mathematics, and it also has its uses in rituals and magic.

This symbol is often chosen by people that wish to show that they have spiritual beliefs instead of beliefs that belong to one particular religion.

The air element is one of the four classical elements which are usually invoked during pagan rituals, as well as spiritual workings. The air element is the element of the East, connected to the breath of life and the soul. Also, it is associated with the colors yellow and white and also with wisdom, communication, and mind.

In several cultures, a triangle sitting on its base, just like this one, is considered masculine and is connected with the element of fire instead of air.

Earth is another classical element. In the four of them, the earth element is considered the ultimate symbol of the divine feminine. Also, this symbol is often utilized to symbolize Mother Nature.

The element of earth is connected with green and brown colors, and also with prosperity, fertility, and abundance.

This element is seen as masculine, and therefore strong. Even though fire can destroy anything in its path, it may also be helpful in life, such as enabling us to cook food for ourselves and keep warm through the winter season.

This element is connected with the South, and also with a strong will, as well as with change and transformation.

The water element is said to have a strong feminine association, and so it is connected with all aspects of the goddess. The inverted triangle, which is utilized to symbolize water, is felt by some people to be the symbol of the womb and is befitting with the feminine association of the element.

Water has purifying and healing abilities, and it is connected with the West.

Also known as the Magic Knot or the Witch’s Charm, Witch’s Knot is a symbol of protection. Witches were believed to use this symbol for binding things magically and also creating circles of protection.

In the Middle Ages, people scratched the Witch’s Know on their door to protect against evil spells and evil in general.

For a long time, this symbol was utilized to symbolize the holy trinity but predates Christian religion and its use as such. The symbol was found in Celtic and Nordic inscriptions and arts. Some modern traditions utilize it to represent the connection between the body, mind, and soul.

In Celtic-based pagan tradition, this symbol is usually used as one of the three realms of earth, sky, and sea.

Throughout history, there were a lot of accounts of horned deities. In India, a god named Naigamesha was worshiped in the 1st century BC or even earlier. He had a head of a deer or goat.

The horned god is also one of the many names given to the male aspects of spirituality and life, while its symbol may be utilized to invoke the god during rituals or other magical work.

The Eye of Ra is one of the most ancient magical symbols, and it is sometimes invoked as a symbol of protection. The Eye of Ra was painted or carved onto the boats of Egyptian fishermen to protect them from evil curses and harm. This symbol was also used in Egyptian coffins, so the person would also be protected in the afterlife.

Besides this, there are a lot of other symbols that are utilized in Wiccan practices and Paganism nowadays.