Paganism, witchcraft, and the ways of magic are all ancient religious art forms that have undergone immense scrutiny over the past few decades. From the ancient Celtics, all the way to the Salem witch trials, those who were believers were mercilessly persecuted in the name of magic and were forced to practice the Craft in secret.

Nowadays, witchcraft is highly more acceptable and even considered as trendy to the point where present-day witches aren’t afraid to share their spells, Tarot readings, and all their practice encompasses. They are even proudly representing their faith in their bodies in the forms of gorgeous tattoo artistry.

Witches, Wiccans, and Pagans alike are proudly wearing tattoos that not only express their personality but are reflective of the faith they are so dedicated to. Even though witches are far more accepted today, there are still many misconceptions surrounding their lifestyle. Although a large number of people often equate witchcraft with evil, the truth is there is a balance like any other faith.

For instance, Wiccans typically believe in “oneness with nature’, which is a very feminine-centric faith, where practitioners worship and pray through goddesses that are rooted in nature. Most of the symbols that witches choose to tattoo on their bodies have deep spiritual meanings that are often misinterpreted.

Ancient runes make an entire alphabet, and each of the 25 symbols has its specific meaning. Because most of these symbols can be reversed for an alternate purpose as well, those who are interested in getting this kind of tattoo need to be careful about their intentions.

The 25 rune symbols have the following meanings:

These symbols are used in spells and conjuring by practicing Wiccans and have been since before the Middle Ages. These symbols are perfect tattoos for witches who want to have meaningful intentions behind their ink. 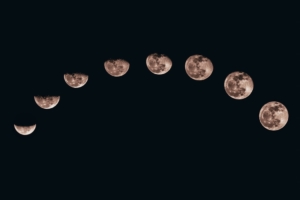 The phases of the moon are fundamental in the world of witchcraft, so you must know the difference if you’re planning to dabble in some magic. It is known that there are five major moon phases: new moon, waxing moon, full moon, waning moon, and dark moon. Each of these phases carries within a specific kind of energy, and because of that, if you’re waiting to conjure or cast a particular spell, different aspects of the moon will help when you do that. They go as follows:

Depending on what you’re hoping to achieve or what intention you want to set, which moon phase you do it under makes a significant impact on whether or not you’ll be successful.

A planchette represents a tool that is used in witchcraft and divination. It serves as a facilitator of automatic writing, which is where words are produced without conscious thought about what’s being written. They’re most recognizable when paired with an Ouija board. Since there’s no specific design to them traditionally, so there’s a lot of space for creativity when designing a planchette tattoo. These tools are considered as a clear sign that someone is a fan of witchcraft.

Casting spells is not just chanting words and phrases. Very often, they require the use of different concoctions, hence the term ‘witch’s brew.’ Combining certain elements and saying specific phrases are the best ways to cast a spell, but you need to be sure that you know what you’re doing before jumping in. For instance, the combination above of a crystal, sprigs of rosemary and marjoram, and a waxing crescent moon are essential tools for casting a happiness spell. Someone who has a tattoo of what looks like a random assortment of nature’s items tied together is probably showing off a spell tattoo.

There is a good reason why animal bones and skulls are widely associated with witches and witchcraft. Animal bones represent a variety of things in witchcraft, such as divination and spell casting, offering sacrifices, to simply enjoying the aesthetic value of having bones for decoration.

Although you may think that the pentacle is a pentagram and is associated with an evil that is wrong. A pentacle is not a tool for dark magic, but instead, it’s the opposite; it’s a symbol that’s used for protection and fending off evil. The pentacle represents a five-pointed star encased in a circle – four points represent the four elements, and the fifth represents one’s self.

The Triple Goddess is an icon as far as Wiccan symbols go, and it represents 3 phases of the moon, and the 3 phases that women go through in their lifespan: the Maiden, the Mother, and the Crone.

It’s mostly associated with femininity and mystery. Each life phase is presented by a Greek goddess, so the Maiden is connected to Persephone, the goddess of purity, and new beginnings. The Mother is linked with Demeter, who is the goddess of the Harvest that brings life and giving. The Crone is standing for the goddess Hecate, symbolizing wisdom, fulfillment, and power. Hecate is also known as the goddess of witchcraft.

All of these representations of female power and life can be represented by the triple Goddess symbol tattoo.