Home
Blog
Traditional Tattoos Which Were Used As Jewelry In Past

Ethnographic and historical documents demonstrate that just about every human society already performed tattooing in historic times. The ancient Greeks utilized tattoos from the 5th century to communicate among agents; subsequently, the Romans marked offenders and slaves with tattoo designs. Most people decorate their bodies with piercing, scarification, tattoos, and different kinds of jewelry like hip-hop chains, bracelets, etc. Decorating a body can represent passion, achievement, participation in a group, social standing, or a desire to suffer to satisfy a lover. 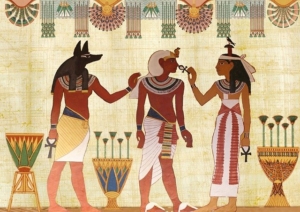 Attitudes concerning tattoos have also changed throughout time. Tattoos were used for several reasons in ancient times. With the growth of Christianity, many societies began to view tattoos as unholy and sinful, and many cultures began to rely on them. Today, attitudes are reverting to those of our ancient ancestors.

The earliest evidence of tattoo art

The first known examples of tattoo art on actual bodies were Egyptian for a long time. And when archeologists found various tattoos on several female mummies dated to around 2000 B.C. However, to the more recent discovery of the Iceman in 1991 on the Italian-Austrian border and his tattoo designs, this tattooing date has been pushed back a thousand years, to roughly 5,200 years, when he was carbon-dated.

Tattoos were once associated with criminals and circus performers, but ample evidence suggests their popularity extended to individuals of a higher social level. It shows that traditional tattoo designs appealed to many people, regardless of their origin or ethnicity. Over time, there has been a crucial movement in public perception of tattoos. The range of subject matter and what it represents, in particular, has made them appealing to a broader cross-section of society. However, there is still work to do.

Depending on the intended look, tattoo designs that resemble jewelry are ideal for feminine and masculine tattoos. Most jewelry designs are feminized, appearing as delicate necklaces, bracelets, anklets, rings, or more oversized items worn over the collar or beneath the breast. Pearl string use as a necklace or bracelet. And also, it wrapped around the ankles and feet, or even around the waist or hips. Pearls are a traditional symbol of femininity.

The rosary is a traditional item of Catholic jewelry that Catholics use. Each rosary bead represents a new prayer that must recite. The most common position for this tattoo is around the neck or even the foot. The rosary tattoo is selected to symbolize faith in God and to assist us in focusing on this life and the next.

One of the best things about the bracelet tattoo is personalizing its meaning by adding various charms. Pandora bracelets with little charms are pretty trendy these days. Animal charm can be added to a bracelet tattoo by those who want to convey their affection. Ocean marine creature’s charms are beautiful ways to show your passion for the sea. People may also choose to have a bracelet tattoo merely for decoration and does not have any meaning.

Many jewelry tattoos have large gems that might symbolize a birthstone or a beloved gemstone. These are tattoos that don’t have to be in a position where jewelry would typically place. They’re frequently used as focal areas of sleeve tattoo motifs or on the sternum, often with lace and other draping tattoos.

Necklace tattoos on the expressive and visible parts of the body may be delicate, powerful, and sensual all at once. People of all genders and ethnicities have used necklaces throughout history to enhance their appearance. A heart locket necklace tattoo symbolizes the affection you have for someone or something.

This tattoo is a more feminine tattoo. Anklet tattoo designs are similar to bracelet tattoos in that charms may be attached to the tattoo.