Home
Tattoo Meanings
Bombshell and Bombs With a Fuse Tattoos: From What Are They Inspired?

Bombs, which are sometimes paired with the atomic radiation symbol, and looking like they came right out of the 1950s B science fiction movie. They are naturally representative of explosives, as well as destructive and killing force.

In a lot of examples, bombs are also used as a thing to symbolize war, so the tattoo wearer may usually combine it with a dove, a mushroom cloud, or skull and crossbones, which depends on the specific message that the person is often communicating. On a deeper level, bombs are representative of energy itself, such as disruptive and aggressive one.

Here, we have two tattoos, which in their name contain the word “bomb” and are somehow related to what it means and represents. 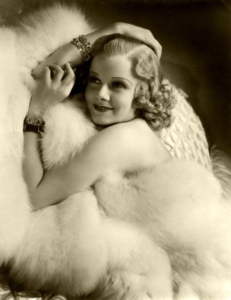 In modern usage, the term bombshell refers to a very attractive woman. The Online Etymology Dictionary by Douglas Harper attests the use of the term in this meaning since 1942 and the meaning of “shattering or devastating thing or event” since 1860. The term bombshell is a forerunner to the term “sex symbol,” and it was originally used to describe popular sex icons. So, when we say that a woman” looks like a bomb,” we mean that that woman is very sexy.

The first woman that is known as the bombshell was Jean Harlow, who was nicknamed the “blonde bombshell” for her film Platinum Blonde.

Unlike the artillery shell version, the bomb with a fuse distinctly implies a time-delayed, as well as yet inevitable explosion. In an explosive, as well as pyrotechnic device, or military munition, a fuse is the part of the device which initiates the function. Commonly used, the word fuse is used indiscriminately. However, when being specific, the term fuse describes a simple pyrotechnic initiating device, like the cord on a firecracker.

Both these tattoos were and still are chosen among tattoo lovers, because of their interesting motif and inspiration.