Clouds are naturally connected with the sky and, by extension, with heaven. In ancient China, some clouds were seen as a symbol of peace. In some paintings which depict Christian conceptions of heaven, clouds form the throne of God. In Islam, the cloud is a symbol of the inscrutability of Allah. In a few other religions, clouds bring rain and thus fertility, but they have to be struck by thunderbolts to release the water.

The Japanese tattoo imagery draws from the Chinese, using some spirals and abstract portrayals, particularly in combination with mythical creatures or gods that are connected with the sky. In the Western tattoo art, clouds are usually shown realistically, accompanying the sun and the moon, or sometimes with some inhabitants of heaven.

Because of their symbolic meanings, as well as infinite design possibilities, the tattoos of clouds are becoming increasingly popular in the world. Whether used on their own or as parts of some larger designs or scenes, clouds have the ability to connote a variety of meanings. At the same time, design-wise, there are several variations, as well as styles which you and your favorite tattoo artist can work with, to create the perfect cloud tattoo for you.

The meaning that stands behind this traditional style cloud tattoo is far less concrete. Sometimes, the cloud can symbolize bad luck, or misfortune, particularly when it is accompanied by rain or lightning. For example, in the culture of China, clouds were used to symbolize change and transformation. In the Zen belief, they symbolize detachment and impermanence. 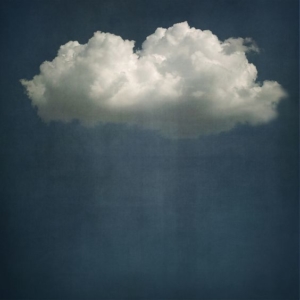 They can combine the symbolism of water and air, meaning that such tattoos could represent the balance between intellect and emotion. Similar to the realistic version of the tattoo design, it is quite possible that it could be a symbol of heaven – although that is not a common meaning for the traditional version of this design.

A lot of designs depict the sun being partially or completely obscured by a cloud, meaning that something is hidden from understanding, or that something was eclipsed by mystery.

Cloud tattoos can symbolize a lot of different things, and serve different meanings, from a tribute to a lost loved person to a symbol of price in the heritage of a person. Such meanings include, but are not limited to, the following:

Like any other tattoo, the cloud can hold more personal meaning and significance to you, one which is not included in the list above. That is excellent. Tattoos are unique to every individual, and they should be worn with some pride.

Some variations of the traditional cloud tattoo design can typically modify or alter the symbolism and meaning of the tattoo. Still, generally, the conventional design is open to far wider interpretation, and in different cases, it is purely aesthetic.

In the traditional tattoos of Japan, clouds are usually tattooed as a backdrop for spirits and deities. The most common symbolism connected with water and air usually applies. Still, the tattoo can also be interpreted as a representation of some deity or some otherworldliness, which is close to the symbolism of the realistic cloud tattoo designs.

Sometimes, clouds are utilized to represent the ‘Four Winds,’ especially in nautically themed tattoo work. The image of any of the ‘Four Winds’ is often shown as a cloud with a face that blows in a particular direction and with some varying intensity.

As sometimes a tattoo is only a tattoo, which means that it is purely aesthetic, cartoon-style clouds are also quite popular. Although they don’t have or need some meaning, they are typically some of the more interesting cloud tattoos.

Depending on the meaning you want to impart, there are varieties of styles and designs you can choose for the cloud tattoo. These are some of the most common.

Ultimately, the meaning and symbolism of your tattoo are all up to you. A cloud tattoo can certainly be a great choice when you are picking a unique, as well as personal design.