Insects are small creatures that appear at the most peculiar times. These little creatures simply have to bring a meaningful message when they show up. It is also funny how we absolutely adore and love some insects like butterflies and ladybugs, but don’t really love some others. Either way, each of these insects has something to teach us about the world around us and ultimately our own nature. 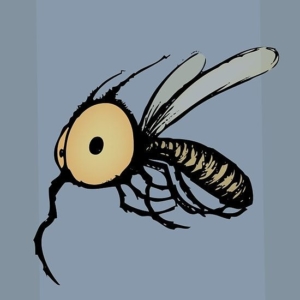 There are a lot of different insects that take part in the world of tattoos. Many famous insects are motifs for beautiful tattoo designs. That’s why here we will talk about one such insect, the mosquito, which we all know really well.

Although it is hard to get excited about the symbolic meaning of the mosquito, as it irritates us, bites us, and has a bad reputation for carrying disease, it is a very common motif for tattoos. It is very important to know that everything in nature has messages and deeper meanings, even if those things irritate us.

Below, we are going to talk about the characteristics of mosquitoes and their presence in the world of tattoos.

Mosquitoes are a group of almost 3,500 species of small insects which are flies. Within Diptera, mosquitoes constitute the family Culicidae. The word mosquito is the Spanish word for a little fly. Mosquitoes have a slender segmented body, three pairs of long hair-like legs, one pair of wings, elongated mouthparts and feathery antennae.

The life cycle of mosquitoes consists of egg, larva, pupa, and adult stages. They lay their eggs on the water surface. They also hatch into motile larvae which feed on aquatic algae and also on organic material. The adult female mosquitoes of most species have tube-like mouthparts. These mouthparts can pierce the skin of a host and feed on blood. They feed on blood as it contains iron and proteins needed to produce eggs.

Thousands of species of mosquito feed on the blood of different hosts – vertebrates, including birds, mammals, amphibians, and some fish. They also feed on some invertebrates, primarily other arthropods. The loss of blood can seldom be of any significance to the host.

The saliva of the mosquito is transferred to the host during the bite. This can cause an itchy rash. Additionally, a lot of species may ingest pathogens while biting. In this way, they will transmit the pathogens to future hosts. In this way, mosquitoes are very significant vectors of diseases like malaria, yellow fever, West Nile, dengue fever, etc.

By transmitting such diseases, mosquitoes cause the deaths of more people than any other animal or insect. There are over 700,000 deaths each year, and as many as half of the people who have ever lived.

Where else would you expect to see a mosquito except on the skin? There is actually something comical and ironic about a tattoo of something one might expect to see on the skin in the first place. In the world of insects, the mosquito, which is a parasite that spreads disease as it sucks the blood of its victim, is also considered relentless and aggressive.

Getting right into the symbolic meaning of mosquito requires us to observe this creature objectively. Also, we have to observe it from an integrated standpoint. Nobody wants to get bit by mosquitoes. Their bite actually leaves us irritable and itchy at best or also ailing at worst.

Animals that constantly suck blood are drawing out the essential. In that, it was theorized that mosquitoes are attracted to the dead particles in the blood. This could actually represent the removal of the non-essential and harmful from the essential. Mosquito’s bite grabs our attention, which is another attempt at reconnection with our Mother. The bites are reminders and tell us about the inoculations and cures. In order to receive, we have to give and learn that the price of our existence is cooperation.

Some of the most common symbolic meanings of mosquito tattoos are the following:

Although mosquitoes spend most of their lives in the air, they are born of the water. That’s why the foundation of water in emotion is always here. Mosquitoes can really get under our skin. Maybe it is the hypnotic hum of the movement of their wings or their tendency to travel in swarms. Mosquito tattoos can also symbolize relentlessness, criticism, and disturbance.

“If you think you are too small to be effective, you have never been in bed with a mosquito.” – Betty Reese

One interesting fact about mosquitoes is that only female mosquitoes bite. Males mostly take their nourishment from nectars. However, females require proteins and iron in the blood of human beings and animals. They do so in order to sustain their brood of babies. There is actually a lot of symbolism in this too, but the most common is the cycle of life.

Although mosquitoes are irritating and we don’t really love them, they have great symbolic meanings. That’s why they can be used as motifs for beautiful tattoo designs.