The majority of people use tattoos as a form of self-expression, making them a valuable and expressive tool. This is the most important reason (not the only one) why the LGBT community has quickly embraced tattooing and tattoo art in general. If you’re an LGBT person and you’re considering getting a tattoo but not quite sure if being “inked up” is an “smart” choice, this post will help you make the decision. 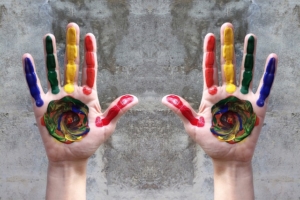 Main Reasons to Get a specific Tattoo.

Having a tattoo on its own can be a great way of self-expression. But why do people get unique or specific tattoos? These are only some of the reasons:

Unfortunately, the struggle with one’s own identity is a widespread problem in the LGBT community. This is why getting a gay-specific tattoo can serve as an easy way to confirm and make peace with one’s own sexual identity. Moreover, it is a perfect way to show pride in your preferences since you are making an eternal declaration using your body.

Making themselves recognizable to others in the community

Having a specific tattoo design tattooed can make identifying (or being identified as a) gay individual easy. This can be helpful when making friends, just communicating, or trying to find a date. However, these designs should be about your statement to the world. Hopefully, they don’t become some sort of name tag explaining who is gay and who is not. In my opinion, that approach would miss the subject completely.
This is complicated because sometimes, people who are not actually gay can have some of these tattoo motifs just to support their family members or friends.

In order to raise awareness…

Gay-specific tattoos are also the perfect way to raise awareness about the ongoing fight for LGBT rights. As we said before LGBT individuals often wear these tattoos, but many straight people who support the cause get them as well.

Origin and Meaning behind the Symbols used in LGBT Tattoos

When asked to think of a “gay” symbol, the rainbow from the pride flag is what often pops in front of most people’s eyes. There are a different variety of signs and symbols used to represent the LGBT community, and all of them have the ability to be great tattoo motifs. Here are some of the most commonly used symbols people use to design their ink.

The year 1995 is when the equal sign became a symbol for LGBT. At that time, it was released as a rebranding logo for the Human Rights Campaign (previously known as the Human Rights Campaign Fund). This is a sign used worldwide to promote LGBT rights and has been highly influential in promoting the cause. In fact, a red version of the sign was used in 2013 on Facebook by the HRC, permitting people to update their profile pictures to show their support. It was a real success; Facebook saw a 120% increase in updating profile pictures!

The Gay Activist Alliance first popularized this symbol in 1970. Since then, the Lambda symbol has been used to show dedication to the fight for LGBT rights. Initially, this Greek symbol was used by a group of Greek warriors acknowledged for their willingness to continue fighting until death and their habit of entering into battle escorted by their younger, male romantic partners.

This symbol was designed by David Spada (a New York jewelry designer) in 1991 and represents a very popular and trendy symbol of gay pride. There are different names for them (such as rainbow rings and “fruit loops”) and have even been adapted towards other LGBT causes such as bi pride.

The purple hand became a sign for gay rights activism after a protest on October 31, 1969, by the Gay Liberation Front. What began as a nonviolent protest quickly turned sour when protesters had ink dropped on them from above, and police accosted them. However, before being attacked, the protesters began to use the ink to leave “purples hands” on buildings in downtown San Francisco. Therefore, the purple hand became a symbol of the fight for gay rights.

Nazis initially used pink triangles to categorize and shame gay men trapped in concentration camps. However, the symbol is used today to signify persistence and support for the fight against homophobia.

With everything being said, remember to think long and hard before getting a tattoo because tattoos are (sort of) permanent. However, don’t be afraid to start small. You can always build upon the design if you want that. Whatever you get, you’ll definitely fall in love with your next tattoo, whether it is big, small, or somewhere in-between. Remember that you don’t have to be a member of the LGBT community to get this kind of tattoo and express your support for human rights.