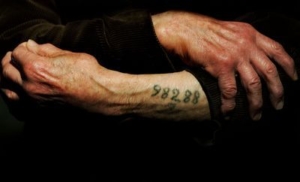 Nazi Germany has maintained concentration camps throughout the territories it controlled before, as well as during World War II. The first Nazi camps were created in Germany in March 1933 right after Hitler became Chancellor, as well as when his Nazi Party was given control and responsibility of the police by Reich Interior Minister, named Wilhelm Frick and Prussian Acting Interior Minister, named Hermann Goring. Utilized to hold, as well as torture political opponents and union organizers, the camps initially held around 45,000 prisoners.

After September of 1939, with the start of World War II, concentration camps became places in which millions of normal people were enslaved as part of the war effort, often starved, tortured, or even killed. At the time of the war, some new Nazi concentration camps for undesirables spread throughout the continent.

There were somewhere about 1,200 camps, and sub-camps run in countries that were occupied by Nazi Germany. Camps were created near the centers of dense populations, usually focusing on areas with large communities of Jews, Polish intelligentsia, Communists, or Romani. As millions of Jews lived in pre-war Poland, most of the camps were placed in the area of the General Government in occupied Poland for some logistical reasons. This location also permitted the Nazis to quickly remove the German Jews from within Germany proper.

A lot of the prisoners died in the concentration camps because of deliberate maltreatment, starvation, disease, and overwork, or they were also executed, considering them unable for work. Prisoners were also transported in inhumane conditions by some rail freight cars in which a lot of them died before they reached their final destination.

In the Nazi concentration camps of Auschwitz, at the time of World War II, incoming prisoners were assigned a camp serial number that was sewn to their prison uniforms. Only the prisoners that were selected for work were issued serial numbers; those that were sent to the gas chambers directly were not registered and received no tattoos.

However, those that received were tattooed identification numbers, primarily as to identify corpses as the death rate was so high.

In the beginning, somewhere in 1941, hospital staffers and SS authorities started marking prisoners who were sick from some illness or who were to be executed with their camp serial number across the chest using permanent ink. After that, this tattoo became routine when the mass extermination of Soviet prisoners-of-war that year made it quite difficult to maintain records.

As prisoners were executed or died in some other way, their clothing bearing the camp serial number was removed. Because of the mortality rate at the camp, as well as the practice of removing clothing, there was no other way of identifying their bodies after the clothing was removed. So, the SS authorities introduced the practice of tattooing to identify the bodies of registered prisoners that died.

Originally, a special metal stamp, which holds interchangeable numbers made up of needles almost one centimeter long, was used for this tattoo procedure. This allowed the entire serial number to be punched at one blow onto the left upper chest of the prisoner. The ink was then rubbed into the bleeding wound.

When the metal stamp method has proved impractical, a single-needle device was then introduced, which pierced the outlines of the serial-number digits onto the skin. The site of the tattoo was also changed to the outer side of the left forearm. But, prisoners from a few types of transport in 1943 had their numbers tattooed on the inner side of their left upper forearms.

Tattooing has been generally performed at the time of registration when each prisoner was assigned a camp serial number.

Later on, the tattooing practice has been adopted throughout the Auschwitz complex. Poles, as well as Jews at Auschwitz, the only concentration camp to systematically use tattooing, also received tattoos, typically on the left forearm.

The SS authorities throughout the whole Auschwitz complex have adopted the practice of tattooing nearly all previously registered and newly arrived prisoners, including female prisoners too. Exceptions to this practice were those prisoners with German nationality and reduction prisoners who were held in a separate compound. The camp authorities assigned more than 400,000 prisoner serial numbers during that time.

Nowadays, these tattoos are the testament to the utter brutality, as well as the inhumanity of which humans are capable, and also the resilience and the unbreakable spirit of the ones that survived.