Human beings were fascinated with the animals since prehistoric times. Some of the earliest cave drawings of animals are present all over the world. Different modern religions and cultures around the world view different animals as sacred. That is why they are nowadays present in tattoos, and they have profound meanings and symbolism. Tattoos are not simple designs on your body. They are actually a representation of who you are and what you believe in. Most of the tattoo designs are inspired by nature, such as animal tattoos. 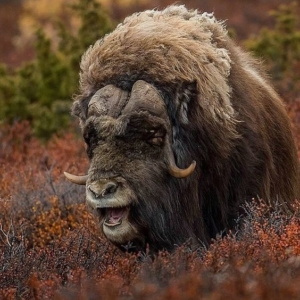 Animal tattoos are always in demand because every animal holds a specific meaning. Today, we are going to talk about one animal that is symbolic of strength and power – the ox. Continue reading and find out something more about this animal and its symbolism and meaning in tattoos.

An ox, or plural oxen, also famous as a bullock in India and Australia, is a bovine trained as a draft animal. The ox has usually castrated adult male cattle. Castration actually makes this animal easier to control. Cows, the adult females, or bulls, the intact males, may also find their uses in some areas.

People use oxen for plowing, transport, such as pulling carts, riding, or hauling wagons. They also use them for threshing grain by trampling and for powering machines that grind grain or supply irrigation. Oxen may even find their use to skid logs in forests, especially in select-cut, low-impact logging.

Usually, oxen are yoked in pairs. Light work like carting household items on good roads might require only one pair. However, for heavier work, more animal pairs would be needed. A team used for the heavy load over hard ground might include nine or even ten pairs.

The working oxen are often taught to respond to the signals of the teamster, or ox-driver. The ox-driver gives them these signals by verbal command and body language, and he reinforces them by a whip, goad, or a long pole. During the pre-industrial times, most ox-drivers were famous for their loud voices and their forthright language.

Working oxen often require shoes, even though in England not all working oxen were shod. As they have cloven hooves, each hoof requires two shoes, opposite to a single horseshoe. Ox shoes are usually of an approximate half-moon or banana shape. They are with or also without Caulkins. Unlike horses, oxen don’t have the ability to easily balance on three legs, while a farrier shoes the fourth.

In the twelfth century C.E., a Zen master from China painted ten pictures that involved oxen. In these ten pictures of ox herding, the master takes the reader through a series of strategies or teachings trying to achieve enlightenment.

The ox started as the symbol of the human ego that we have to tame. Moreover, it was the symbol of the Buddha-nature of humanity, because, in the end, we are all one and the same. Additionally to this, in the Chinese Zodiac, people who are born in the Year of the Ox are quiet and patient. Also, they are stubborn and have fierce tempers.

The ox and the bull are two popular animals used in tattoos. It is very significant to understand the similarities, as well as the differences between them. Both these animals are male bovine mammals, or cattle. The difference is that the bull is not a castrated adult male, and it is used to breed with a herd of cows in order to produce more cattle.

From the image of the virile ox to the aggressive bull, the ox has come to embody strength and power. It is not a surprise to see an ox tattoo on a person that has a fighting spirit and a never-back-down attitude.

Because of this, the most common symbolic meanings of ox tattoo are the following:

Ox tattoo designs feature a lot of elements, and each of those elements has a different meaning to the wearer. These designs can come in different colors, including black, blue, and red.

Oxen are very powerful animals. They can pull heavier loads, and pull for a longer period of time than horses. This also depends on the weather conditions. On the other hand, they are slower than horses. This is both advantages and disadvantages. Their pulling style is steadier, but they can’t cover as much as the ground in a given period of time.