Religious tattoos are definitely a class of its own in the tattoo culture. It holds and of course, tells a big meaningful story about people’s lives, joys, sadness, fear, and happiness. These tattoos can tell us how sometimes finding the “gods way” can be extremely difficult and painful. But on the other hand, these same tattoo motif can tell us how joyful and fulfilling can that road be for some people. Religious tattoos are not just another artistic style. They definitely represent the aspect of people’s conception and understanding of God and his ways. 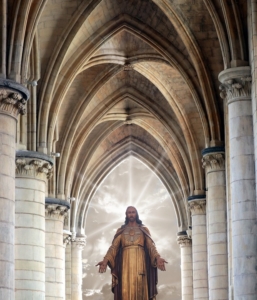 In many religions, tattoos play a very important role. They have been used for hundreds/thousands of years as tools in maintaining religious tradition with deep meanings and symbolism. Tattoos were especially a big part of Buddhism and Hinduism, where there is a constant substantial use, but in Christianity, Judaism, and Islam not so much. People have been covering their bodies with tattoos for many years, and it was not only for decoration of the body, sometimes its purpose is to show affinity and devotion, belief and purity, amulets for protection, or even punishment. Unfortunately, Christianity, Judaism, and Islam were not so thrilled about their followers decorating their bodies in this way.

Resurrection is basically coming back from the dead or raise from the dead. It’s a situation that is not exclusively linked to Jesus Christ because according to the bible all the dead will resurrect and face the final judgment. Resurrection along with crucifixion is one of the most popular and used themes from the bible. That’s of course if we eliminate the usage of portrait presentation of Jesus, Mary, Joseph, the apostles, and the saints. Christianity as the biggest religion in the world has a huge impact on the tattoo culture all over the world.

The official church authorities are not so happy about that but we can’t deny the usage of Christian religious motifs in the world today. They (authorities) recognize this “ritual” as something pagan, savagery and even satanic. But the truth at the end is that people some people with religious tattoos are simply showing their devotion and affection toward God and his teachings. These days that’s not a subject to discuss at least not publicly. The popularization of the tattoo culture has done its thing and the church authorities had to loosen up a little bit. But we must admit that (loosing up) started a long time ago when the crusaders had cross tattoos. The stigma about religious tattoos started to wear off (slowly) when British royalty started with tattooing in the second half of the 19th century

One of the oldest and most common reasons for tattooing though is always connected with some kind of spirituality. Thus, Psalms and different verses from the Holy Bible are most commonly tattooed with a depiction of Jesus Christ’s face or resurrection. Even so, there are many cases where people tattoo themselves with such, despite not being spiritual or even Christian.

Another thing that (at least for me) is important is the one that this tattoo design has proven resistant to many tattoo styles. From traditional old school to realistic black n grey resurrection is a tattoo motif that stood against the test of time. No matter which style we use do create our tattoo design this is something that looks good and has a big, deep and strong meaning, symbolism and history.

We can always tell the importance of the tattoo depending on the additional pictures, contours, and especially the size of it. It is well known that the general definition or meaning of the Resurrection is the rising of Jesus Christ from the dead, which translates to rising again to life before the final judgment. The word alone means ‘to raise up’, ‘to stand up straight’.

That same “rise up” doesn’t always stand for resurrection in one believer’s life. It means “rise up” against tyranny and the eternal search for justice, or “rise up” for a quest to find love and spiritual guidance. It’s really beautiful to see and understand how these religious tattoos are not quite that. They are a metaphoric pathway for us while we search our lives to become better people. People filled with faith, empathy, and love. Religious tattoos are just a facade or decor. Underneath that decor is people starving for making this world a better place.

Most common meanings of this tattoo are as follows: