The word Amen at the end of a prayer, or as an expression of approval or agreement or something else? It appears in both Greek and Hebrew. But, in either context, it carries a sense of solemnity, rather than affirmation only.

The use of this word has also been accepted in Christian worship as a concluding word for prayers and hymns and an expression of strong agreement.

In Judaism, Amen is generally used as a response to a blessing, but it is more usually used as an acceptance of any declaration too.

In Islam, the word Amin is the Arabic form of the word Amen. In this religion, it is used with the same meaning as in Judaism and Christianity. 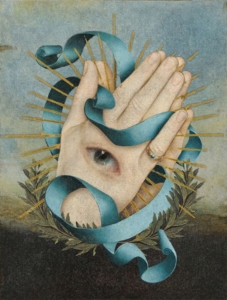 Actually, the word Amen comes from a Hebrew root “AMN” which stands for stability and means “so be it,” “I agree,” or “let it be so.” So, when we say the word Amen at the end of the prayers, we are asking God to “let it be as we have prayed, please.”

There are some found instances of the word Amen being used in both the Old and the New Testaments. A lot of the Old Testament references link this word with praise. The New Testament writers also use the word amen, some of them at the end of their epistles, while others have also connected it with praising, as well as glorifying God, and pointing to the second coming and the end of the age.

In the New Testament, there are 52 amens in the Synoptic Gospels and 25 in John.

In a very significant and yet nonliteral way, the word Amen is just an expression of faith. Typically, this is a tattoo that is done with a lettering style that expresses something earnest, even though it can be simple and cursive, as well as ornate and Gothic.