Tyr was a part of the Aesir tribe. He was ofter represented as the one-armed god of the Norse Pantheon, who symbolizes war and bloodshed. Rather paradoxically, he was also considered to be a spreader of justice and order. Tyr’s opposing nature originates mainly from a lack of information about him. There is only a little information about him in the Poetic Edda and Prose Edda, works that are recognized as the main source of the Norse mythology, Tyr, most famous for wrestling the hideous hound Fenrir and losing his arm in the process.

Frequently related to Norse mythology, Tyr, originated as a Germanic deity during the early centuries of the Common Era. While he was an influential figure in Germanic religion, by the Viking era (800–1100 CE), his significance had waned. His previous importance among the Germanic peoples and the Norse, however, was attested by the use of his name for the letter “T” of the runic alphabet, as well as for the word Tuesday, which meant “Tyr’s day.”

The meaning of the name “Tyr” is “a god” or even “the god,” that comes from the Proto Indo-European *dyeus-, by way of the Proto-Germanic *Tiwaz, meaning “god or deity.” This is the same root used in the names of Zeus, popularly known as the king of the Greek deities, and Jupiter, considered as the king of the Roman gods. Because this word was only given to the most influential of deities, scholars have speculated that Tyr once had such a position. However, by the time the first Norse epics were recorded, Tyr’s significance had declined considerably.

Tyr was not only a brave warrior, but he was also a trustworthy source of knowledge and a champion of righteousness. These descriptions, admittedly, relied on brief mentions of the god in the Norse epics. The most detailed portrayal of the god comes from the Gylfaginning, a book of the Prose Edda written by the thirteenth-century Icelandic scholar Snorri Sturluson.

Tyr’s most prominent quality was his missing right hand (or arm), usually depicted as being severed at the wrist or forearm. Fenrir had devoured this missing limb, the ravenous giant wolf sired by Loki and the jötunn Angrboda. Fenrir would later play an essential role in Ragnarök.

According to the records, Tyr was either the son of Odin, the “All-Father” and king of gods, or Hymir, a giant from a dark section of the Poetic Edda named the Hymiskvitha (the “Lay of Hymir”). While the latter text omitted mention of Tyr’s mother, it identified his grandmother as a woman with nine hundred heads.

Most scholars have come to the agreement that Odin was Tyr’s true father. As Sturluson wrote in the Skáldskaparmál: “‘How should one periphrase Týr? By calling him the One-handed God and Fosterer of the Wolf, God of Battles, Son of Odin.’

As a result of being Odin’s son, Tyr was a half-sibling to the chief members of the Aesir tribe. Tyr’s half-siblings included some of the most important figures in Norse mythology, including Thor, Baldur, Váli, and Vidarr, as well as Heimdall, Hermod, Bragi, and Hodr.

With the development of the Viking Age, Tyr’s significance was eclipsed by Thor and Odin. In the Old Norse age, characteristics of men, such as honor, justice, law, and oath-keeping, were important. But, as Vikings emerged, battle characteristics become more important; thus, Thor and Odin were pushed to the forefront of the Pantheon, even though Tyr was quite the warrior, too. 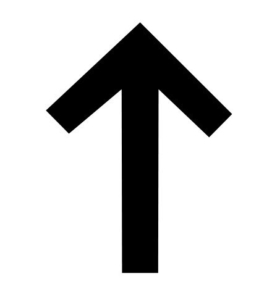 The most famous story about Tyr includes the binding of Loki’s demon-spawn, the wolf monster, Fenrir. This monstrous son of Loki’s spread terror in both Asgard and Midgard. Twice, the gods wanted to bind Fenrir but failed both times, after which they asked the dwarfs for assist. The dwarfs crafted a chain named Gleipnir, which appeared to be fragile to be of any use, but it was made of six supernatural ingredients. It was believed that after these ingredients were used in the making of Gleipnir, they all disappeared and were not part of the world anymore. Fenrir did not believe that the gods will be able to tie him, and due to that, he asked one of them to put their hand in his mouth. The only brave one to do that was Tyr. Once he was tied up with the Gleipnir, Fenrir fought against it to free himself, and during the process, he bit off Tyr’s left hand. All the other gods cheered and were happy with the fact that he was lastly tied, apart from Tyr. Fenrir was tied to a mountain and stayed tied, but once Ragnarok took place, Loki let him free, and as revenge, he ingested the whole Odin.