Home
Tattoo History
Loki: The “Trickster” Among All Gods In Norse Mythology

One of the most ‘tricksters’ among all gods in Norse mythology is Loki known for his deceptions he performed on his fellow gods and his or their opponents. With him, things were never as they appeared. Besides the fact that his tricks often put the other gods in sticky situations but also they often rescued them from hard times.

Together with Odin, Thor, and Freya, Loki was a member of the Aesir tribe of deities that constituted one of the four ruling deities of Norse thought. Loki differed from them in important ways, even though his mythology consistently overlapped with those of his divine counterparts. In the situation when Thor, Freya, and even Odin (a trickster himself) strove to entail a righteous order amongst the gods, Loki’s erratic behavior called the very nature of his allegiances into question. For instance, it was predicted that during Ragnarök, Loki would fight on the side of the jötnar against the gods.

In reality, Loki was neither for nor against the gods. Like the trickster figures of other mythologies, he was neither good nor evil, choosing instead to be a supporter of the disorder itself. This figure tested boundaries and challenged conventions. His chaotic inconsistency reminded believers that the boundaries between good and evil were far more tenuous than they suspected.

For a very long time, the name “Loki” was associated with the Old Norse logi, which meant “fire.” While Loki was very much as the fire, destructive and unpredictable, the resemblance between the two words was probably incidental. A more recent and more likely etymology traced the name “Loki” to the Germanic words for “knot, loop, or tangle.” These kinds of words have a literal connection to the deity. For instance, Loki was often depicted as a maker of fish. Another deeper, metaphorical connection suggests that Loki’s schemes were like webs that ensnared the unwary. Occasionally, spiders were referred to as Loki, due to the fact that their webs similarly trapped unsuspecting victims. Loki was also connected to a “knot” for his tendency to go against the other gods.

The main attributes that Loki was known for were his wit and wile. He hardly ever took part in physical combat, and as such, carried no weapons. He also didn’t own any well-attested charms, garments, or vehicles. According to one source, the Skáldskaparmál, Loki owned a pair of magical shoes that he used to run through air and over water”; however, there were no other sources that made such a claim. There was once a time when he borrowed Freya’s magical falcon cloak, though he returned it soon afterward. Besides his lack of personal accouterments, Loki had an unusually prominent role in procuring them for other gods.

Loki was the finest shapeshifter amongst the gods. There were numerous forms that he took, like the one of a salmon, a flea, a fly, and a mare. There was one occasion when he took the form of a human being, such as an old woman named Thökk, who fatefully refused to weep for the fallen Baldur.

The name of Loki’s father was Fárbauti, an unspecified jötunn whose name meant “cruel striker.” His mother was frequently called Laufey, but she was also referred to as Nál. Loki’s siblings were Helblindi and Býleistr, who were also jötnar.

Loki married the goddess Sigyn, but there is little information about her. The only thing known is that she had a son with Loki, who was named Nari, or Narfi. Loki also had children with his mistress, Angrboda, a jötunn (perhaps a troll) who gave birth to three children: Hel recognized as the ruler of the eponymous underworld called Hel, Jörmungandr, the sea serpent of Midgard and arch-nemesis of Thor, and Fenrir, the enormous wolf destined to slay Odin during Ragnarök.

What is interesting about Loki is that he gave birth to another of his children on his own. Throughout an adventure in which he had taken the form of a mare, Loki was impregnated by a stallion called Svadilfari. Sometime later, Loki birthed Sleipnir, the eight-legged horse, who was 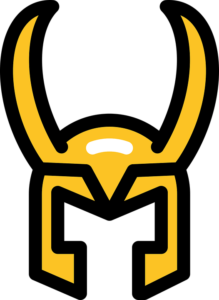 The Betrayal of Baldur and the Binding of Loki

The significant turning point in Loki’s relationship with the gods came as a result of the treacherous betrayal of Baldur, one of Odin’s sons, and the half-brother of Thor. Besides the fact that the full story was spread out through a number of old sources, the narrative commonly remained constant between them. All sources claim that Loki was responsible for Baldur’s death, even though Hodr was the executor.

Odin decided to have a child with a giant named Rindr to avenge the death of his son. That child was named Váli, and for a single day, he becomes an adult and killed Hodr because of what he did. The gods had a more menacing sentence for Loki. His punishment was to be pinned against a pile of rocks and tied with the insides of his son, Nari. The gods also put a venomous snake above his head that would drip poison onto his face and body, causing terrible agonies that shook the very basics of the earth. This was the Norse clarification for earthquakes. According to the Norse myth, Loki was left in this tortured state until Ragnarök was about to begin.