The most basic definition of the Mob is a group of disorderly people. When it comes to crime, the Mob is a more general way of describing the organized crime. During one period in time, there were mobs for different countries, including the Irish, Jewish, Russian, and lots of others. There are lots of people who confuse Mafia and Mob and think that they represent the same thing. They seem to be identical, but in theory, the Mafia was a specific group of Sicilian gangsters. The definition of Mafia is the famous families such as the Gambino family, Lucchese family, and Columbo family. Some other groups can be described as a mob. Mobs were also special in that they have consisted of different ethnicities.

There are all kinds of tattoos that different group members had tattooed on their bodies. Some tattoo designs scream “mob,” and there are many explanations relating to hip hop culture that apply to that phrase, but in this case, we are talking about organized crime groups.

As previously said, the Mob is often related to the Mafia when in fact, that’s probably not the case. Mobs consist of groups of people that work together for a cause that is frequently involved in crime. However, the Mafia includes people from a specific race with no outsider groups involved. Mobs usually take people from many ethnicities. The Irish Mob was the first group to use this term in the description of their crime group.

The meaning behind a Mob tattoo depends on the tattoo and what group of people is using it. There are numerous acronyms of MOB that is used in tattoos, which can mean a whole range of things from “Money Organization and Business.” The late rapper Tupac Shakur claimed that some people are getting the tattoo to say “Money Over Bitches”.

However, these tattoos mentioned in this post are usually a sign of rank, loyalty, and secret codes for the crimes these men have done to earn their stripes in the group.

The number of Mob tattoos cannot be counted. Below are some of the most popular Mob tattoos and the meaning behind them.

Bratva is the name that is usually used when referring to the Russian Mob or Russian Mafia. They are an organization of different crime elements that first appeared in the former Soviet Union.

The organized crime in Russia began to gain footing during the period of the Tsars. However, this is not the first time since it was around. During the USSR era, when vory v zakone (thieves in law) started becoming heads in the Soviet prisons (Gulag) and started refining their honor code. After the time of Joseph Stalin and the fall of the Soviet Union, Russian gangs and mobs controlled almost two-thirds of the economy.

This fact reveals the power of these groups. Most of the members of the Russian Mob spent some time in prison as well. This is the base of most of the Russian mob tattoos. Whenever a member tattooed eyes on their chest or above the waist, this was considered as a sign of being an enforcer.

Other common mobs and prison tattoos for Russians are epaulets tattoos on the shoulder. These tattoos served to represent position, rank, and experience. They added stars to this tattoo to show signs of respect.

One of the oldest organized crime groups is the Irish Mob, especially in the U.S. They were mentioned in the 1928 book, The Gangs of New York. These groups were not only present in most of the major cities in the U.S. but also had a strong presence in Ireland.

Many Irish tattoos were worn by these mobsters, and that holds a lot of meaning. Most of these tattoos consist of Irish symbols and are not necessarily designated for only Irish Mob members. The four-leaf clover is often included in many of their tattoos. Moreover, a lot of Celtic crosses were tattooed on Irish Mob members.

The Japanese group is popularly known as the Yakuza. This organized crime group that originated in Japan is well known for having a firm honor code and fiefdom nature. The majority of the members of the Yakuza have their entire bodies covered with Irezumi tattoos. However, every part of the skin that is exposed is not touched by a tattoo. 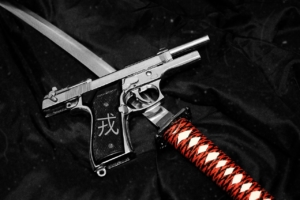 The Italian Mob is better known as the Sicilian Mafia or just Mafia. Mobsters who were part of this Mafia call themselves “men of honor.” Members of the Mafia are involved in the negotiation of disputes between criminals, protection racketeering, and oversight and organizing of illegal transactions and agreements.

When it comes to the tattoos of the Mafia, most of their tattoos revolve around Italian pride. Very often, these tattoos included the country of Italy on their body or even sayings such as “Sicilian Pride.” Some of the tattoos also include references to one of the best movies of all time, The Godfather.

Most of the tattoos that are worn by members of these mobs have a connection to the organization’s origins. In that sense, the Irish mob members wore tattoos that represent Ireland, Yakuza with Japanese tattoos, and Russian members with tattoos that are relevant to their homeland.

It is recommended not to mess with getting any tattoo that is connected to any of the mobs unless you are part of one of them.