Home
Blog
New Tattoo? Here’s Some Designs Which You Can Take Into Consideration

If you want to get a new tattoo, you want it to be the best, right? There is so much space on your body, so you can put it everywhere you want. However, you can’t waste surface area with a tattoo, which would be wrong and meaningless.

That is why in this column, we are going to talk about several tattoo designs that you can take into consideration for your next work of art. Read carefully and see whether you will find one which will fit your personality. 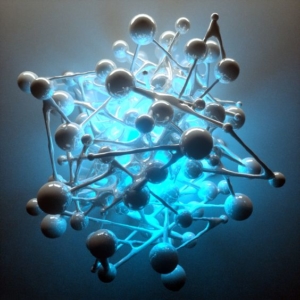 Seven tattoo designs which you can consider for your new tattoo:

In the West, for instance, the right side or hand is considered the good, and in many examples of the tattoo, the word “love” is on the right hand. Even though not symbolic in a pictorial sense, these two words are usually found together. This kind of pairing of opposites was interpreted as representing totality.

The molecular structure of many elements and substances is diagrammed by biologists and chemists all over the world in a kind of universal symbolic language.

Displaying the connections between molecules as lines and the presence of individual particles as letters that stand for the element, these structures have occasionally found their way into tattoo art. They may be used to represent almost any substance.

In Japanese tattoo art, a pearl is an abstract form that accompanies the dragon. Artists typically show the dragon clasping the pearl in one claw, where it symbolizes light, wisdom, and immortality. It is a jewel, also loosely based on the closed lotus form, which contains the spiritual essence of the universe. The dragon uses it to control the winds, rains, and even the movements of the planets.

Both the pearl and the dragon have their associations. They are associated with the water, where the dragons keep guard over the pearls at the bottom of the sea.

The queen is not used in tattoo art and symbolism as much as the king is used. However, when she is used, she usually is the complement to the kind or may simply represent femininity.

To portray a woman like a queen, place her in a superior category. For male individuals, the word “queen” refers to homosexuality and similarity to women.

The popular Japanese legend of Kintaro, based in part of an actual historical military hero of the tenth century, is symbolically connected with the image of the koi. Koi is the Japanese carp, and together with Kintaro, it is a part of the yearly celebration of Boys’ Day.

Even as a kid, Kintaro was gifted with unbelievable strength, managing to subdue a giant koi. The koi is another symbol of strength and power. Frequently shown in tattoos in the act of wrestling the koi, he is given a ruddy and healthy complexion and bulging muscles. On Boys’ Day in Japan, families that have sons fly the koi flags and renew wishes for their boys to be like Kintaro. Their hopes for their boys are to be strong, courageous, and maybe most of all, persevering. Together, he and the koi are the ultimate symbols of ideal manliness.

Om, which is pronounced a-u-m, is the Hindu primal and inaudible sound of creation, inexhaustible. It is the very center of traditional knowledge too. It is written and painted, but it is also the mantra of mantras.

This symbol represents the four states of consciousness: sleeping without dreams, dreaming, awake, and satori. Satori is the transcendental state of enlightenment. As early as the 6th century, the written symbol has been used to mark the start of an inscription. Nowadays, it is a very popular symbol in the world of tattoos.

All the tattoo designs mentioned above are exceptional in their way. That’s why you should look at them carefully and decide whether there is one which is right for you or not.